Home
News
Ten Fantastic Facts About The History of Internet 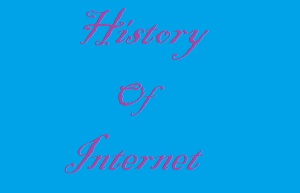 1. The first email to be sent with an “@” symbol was in 1971. It was sent by Ray Tomilinson and the “@” symbol meant that the message was sent to a person rather than a machine .

2. The first mass blast email message was sent in 1978 for DEC System 2020 (“world’s cheapest mainframe computer”) to 600 recipients. It was said to have not been received well at all.

3. Al Pacino’s face was on the original Facebook homepage, back when it was known as The Facebook. The site’s homepage featured a mans face, which was apparently a manipulation of an Al Pacino photo

4. The commercial “1984” launched the Apple Macintosh computer during the Super Bowl. It was directed by Ridley Scott and a great example of early event marketing

5. The original name of Twitter was actually Twttr. A few months before Twitter launched, the founders decided to change the name and rebrand

6. Google’s first ever tweet was sent in 2009. It was binary code for “I’m Feeling Lucky”, which is the button next to the search button on Google

7. Gmail.com was once owned by Garfield and was being offered as a free email service

8. The first email was sent in 1971 by two computers sitting right next to each other. The content was thought to say “testing 123” or “QWERTYUIOP

9. One of Facebook’s early integral features was a file sharing service called Wirehog. It was taken offline due to piracy concerns