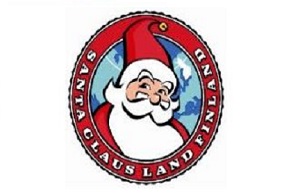 •Advances in miniaturization and wireless communication mean technology will be almost invisible but threaded throughout bedrooms, bathrooms, kitchens, living rooms and workplaces, the Copenhagen Institute for Futures Studies predicts. “All family members will be occupied with different activities, from playing piano to making cheese, brewing beer and designing clothes, to painting, backyard golf and fitness,” it says.

•When everything is connected like this, the details of your life will be flying around the air. In that world, security becomes paramount. Forget face-recognition software; in 2017, it will be all about the eyes. “I think it’s possible to free us completely from our wallets and keys using biometric technology if that’s what people want in 10 years’ time,” said Don Monro, a professor at the University of Bath in England.

•In 2017, more of us will be living with cancer, but the good news is that a cancer diagnosis will be quicker and easier — as simple as taking a breath. And when a frightening diagnosis comes in, effective treatments will be at hand. “We will start to see successful treatments for Alzheimer’s Disease that actually treat the disease process, not just the symptoms, like current drugs do,”

In short, it will be a world run by technology, and that means finding the people to oversee all that technology is the most critical task facing educators in the next decade. Shifting demographics mean many children will not be going to school but learning at home, instead, at a cyberschool.

‘A whole new range of talents’

Halfway around the world, they have a different philosophy. In China, more and more parents are stretching their thin budgets to find intensive personal tutoring for children as young as 3 years old.

Water, water anywhere?
All that change points to what some analysts fear could is the triumph of the consumer society.

Looking ahead, the Copenhagen Institute projects that “consumption is found everywhere.”

“Once, we were people. In 2017, we are primarily consumers,” it warns. “ The modern person — and not least the modern family — consumes constantly,” particularly natural resources.

Australia is in the midst of another searing summer drought. Without significant rain, the government will turn off irrigation lines to farmers in the Murray Darling Basin, Australia’s food bowl, in July to keep water flowing to cities and towns.

In Sydney, water police are already enforcing restrictions, NBC News’ Anne Thompson reported, looking for signs of forbidden car washing and collecting evidence of gardens’ being watered on Monday, when it’s allowed only on Wednesdays and Sundays after 10 a.m.

The drought has been a wakeup call for Australian leader, making them do that they already knew they had to do, but with a greater sense of urgency. And It could be a glimpse of what is coming in other parts of the world.

The 2006 U.N. Human Development Report found that more than a sixth of the world’s population has inadequate access to water. Access to piped water in the home averages about 85 percent for the wealthiest fifth of the population, it found, compared with 25 percent for the poorest fifth.

The world population tripled in the 20th century, but its use of renewable water resources grew six-fold, the U.N. World Summit on Sustainable Development reported in 2002. In 2006, the United Nations reported that more than a sixth of the world’s population had inadequate access to water.

“Overcoming the world water crisis — achieving water, food and environmental security simultaneously — is one of the most formidable challenges to achieve sustainable development,” it said.

The problem is so acute in the rural Australian city of Goulburn that water is strictly rationed. Steve and Belinda Baxter and their three daughters are limited to 40 gallons a person a day, enough for little more than a five-minute shower.