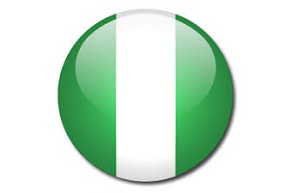 Nigeria’s economy has much in common with those of China, Malaysia, Brazil and India. Free enterprise is the norm, although there are a number of important economic sectors such as telecommunications, electricity and water that have been or continue to be wholly or partially government-owned and controlled. The government’s policy is to promote the commercialisation, restructuring and privatisation of certain government-owned enterprises.

Most of Nigeria’s exports to industrialised countries consist of primary and intermediate commodities. A large proportion of exports consist of unprocessed raw materials, with the oil and gas industry contributing the greatest proportion to the country’s total exports.

The most common form of business entity in Nigeria is the limited liability company.

Directors need not own shares in the company and need not be resident in Nigeria, but a Nigerian resident must be appointed as the Company Secretary of the company. The company secretary of a public company must be a Nigerian resident. The board of directors is responsible for the daily management of the company for the benefit of its shareholders and acts for the company in transactions entered into by it. The shareholders exercise their powers in general meetings. The annual general meeting must be held within nine months of the financial year end and not more than 15 months after the last meeting. Shareholders may be individuals or corporate bodies, and any or all of the company’s shares may be held by non-residents.

The principle that a company is a separate entity and exists separately from its shareholders, applies to both private and public companies. A company can enter into  contracts and can sue or be sued in its own name. A shareholder’s liability for the debts of the company is limited to the amount of capital they have invested in the shares.

A director may be held liable to indemnify the company or its shareholders against losses suffered by them in the following circumstances (amongst others):

Members of certain organised professions, such as attorneys, accountants, medical practitioners etc are not allowed to incorporate their companies as private companies which confer limited liability on the members who are therefore jointly and severally liable for the debts of the company. They can however register as Limited Partnerships in one state, Lagos State out of Nigeria’s 36 States and Federal Capital Territory.

These may register as Corporate Trustees or companies limited by guarantee. The constitution of an individual association spells out the obligations of members, which may include the terms of contributions to be made by the members.