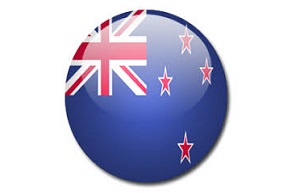 New Zealand has a growing economy, streng thened over the years by adapting to the needs of niche markets and dealing with a diverse range of trading partners.

New Zealand has a diverse industry base. With its vast array of natural resources, the country has traditionally been well known for its primary sectors – agriculture, horticulture, forestry, fishing, energy and minerals.

The greatest growth has been in the services sector, and in particular in the business and finance, communication, property, health, education and tourism services.

New Zealand is a strong supporter of reductions in trade barriers as well as the concept of open and multilateral trading systems. It has a special trading relationship with Australia – the Closer Economic Relationship (CER), is a member of the Asia Pacific Economic Cooperation (APEC) and the Association of South East Asian Nations (ASEAN) and is a signatory to the General Agreement on Trade and Tariff. The country is involved in the WTO Doha Development Round. New Zealand has also negotiated Free Trade Agreements (FTA’s) with China and Malaysia and is currently negotiating FTA’s with Russia, India and Korea.

New Zealand is ideally situated to take advantage of the trading opportunities in the Asia Pacific region. It has close cultural, commercial and political ties within the region and this enhances trading and business partnerships. New Zealand’s main relationships are with Australia, the US, the EU, Japan, the Pacific Island countries and China. The country is broadening the base of its relationships by strengthening ties with existing partners eg the South-east/South Asia and the Russian Federation, and building ties with newer partners eg in the Middle East and Latin America.

There are a large number of sound reasons for investing in New Zealand:

A foreign company or similar entity is able to carry out business on its own account (i.e. as a branch or subsidiary) provided it has registered in New Zealand. Registration generally involves:

Lodging specific company documents and audited financial statements (if the company is large) with The Registrar of Companies.

This has been the most common entity used by foreign investors. However it is generally not the most tax efficient structure.

There are a number of legal structures available for setting up a business in New Zealand.

These are essentially the same as those used in the United Kingdom, the United States, Australia and other English-speaking countries. The most common structures include:

Foreign investors may find a company the easiest structure to use, particularly if opening a branch or subsidiary of their existing overseas business.

In New Zealand, a company is regarded as a separate legal entity from its owners and therefore provides them with limited liability to the extent of the capital they are obliged to contribute.

All companies are regulated by the Companies Act 1993.

Smaller businesses will generally use a close company or closely held structure as it is easier and less expensive to manage and administer.

Must have at least one director.

Australian resident director who is also a director of an Australian company.

Must have at least one but not more than five shareholders.

May offer shares to existing shareholders or employees.

Are prohibited from offering shares, debentures or other forms of security to the public.

Usually restrict the right of shareholders to transfer shares.

Must have at least three directors.

Must have at least two directors who ordinarily reside in New Zealand.

Must have at least one shareholder.

May offer shares to the public.

Must comply with the Companies Act before offering shares.

Place no restriction on the transfer of shares.

REGISTRATION OF A COMPANY

Incorporating a company is a straightforward process requiring registration with the Registrar of Companies and the lodging of the company name. The company name has to include ‘Ltd’, to show the company’s legal status.

In New Zealand two or more people, up to a maximum of 20, can establish partnerships.

Partnerships are a popular structure with many small and medium-sized businesses because they have low set-up costs and minimal formal set-up requirements, and are reasonably flexible for taxation purposes.

In New Zealand partnerships are covered by the Partnership Act and by contract law. The partners share profits and costs equally unless specific provisions are made in the partnership agreement. The partners are held jointly and severally liable for debts and obligations.

The partnership is required to lodge a partnership tax return but is not taxed as a separate entity. Each partner lodges an individual tax return, paying tax on his or her share of profit.

Legislation to allow LPs was brought in to encourage foreign investors to operate in New Zealand.

No audit is required unless the partnership agreement requires it.

All the partners are required to file New Zealand tax returns.

An overseas partner should obtain tax advice in relation to their home tax jurisdiction to verify whether any losses will be accessible and whether any tax paid in New Zealand will be available as a tax credit in their country of tax residence.