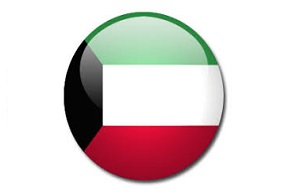 Through 2011, he Kuwaiti dinar, tied to a basket of currencies dominated by the US dollar (USD), appreciated by 1% versus the US dollar. The dinar averaged USD 3.62 over the year, versus USD 3.49 in 2010. The dinar’s appreciation against the euro was larger.

The economic performance of the country remains mixed, with large trade and fiscal surpluses on the back of high oil prices set against sluggish growth in the non-oil economy.

Non-oil growth is likely to be steady at 4%, a rate below the regional average. The economy is being held back by structural flaws and a slow execution pace in government investment and projects.

The consumer sector is the main bright spot, with government sectors also providing core support for the non-oil economy.

Recent public sector strikes met with generous pay increments of up to 25%.

Oil and natural gas represent the two main natural resources of the country and the main source of its income. As such, they have been a top priority for development projects implemented by the government which maintains a balance between production level and rationalisation of consumption.

At the onset of oil exportation, a new era for the country’s economy began, in which the oil sector played an increasingly important role. This enabled the creation of the modern State of Kuwait .The tables below show the latest available statistics on oil and natural gas production, refined products, exports by regional groups of importing countries and locally consumed oil products. These statistics should be of great benefit for researchers in this important field.

For the following three forms of entity, the shareholder’s liability is limited to his/her capital.

Every shareholding company incorporated in Kuwait shall be of Kuwait nationality and the members shall be Kuwaitis. Its registered office shall be in Kuwait.

Notwithstanding the foregoing provisions, a shareholding company other than a company holding a concession or a monopoly, the shares of which are not to be offered to the public for subscription, may exceptionally be formed without the issue of a decree by an official instrument in writing signed by all of the (intending) founders, who shall be not less than five in number.

The capital of a closed company must not be less than KWD 7,500. However, in practice, it is unlikely that a company would be registered by the Ministry unless it was adequately capitalised.

Limited liability companies, known locally as WLLs (with limited liability), may also be formed. By law, participation in a joint stock (shareholding) company is restricted.