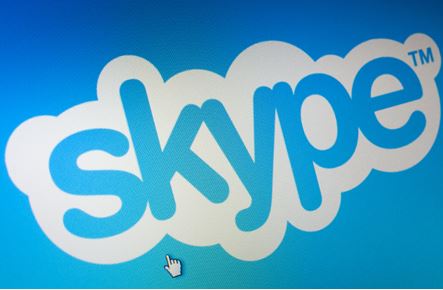 1. Tell others who share your space that you have a Skype interview.

Recently, I was working with a job seeker who shared a horror story with me. She encouraged me to share it with others to save them embarrassment and to prevent similar situations from occurring.

The job seeker I am referring to received and accepted an invitation to complete a Skype interview with a prospective employer. She checked her equipment before the interview, dressed the part, practice being poised, and remembered to smile. She felt confident and prepared.

The interview started well and was going as planned when suddenly and without notice, the unexpected happened. Her boyfriend, who lived with her, streaked across the apartment and behind her showing all of his 2000 parts! She was mortified. He was mortified. The employer was mortified. You see, the boyfriend made the mistake of thinking she was on Skype with her sister. He was playfully trying to make them laugh when flailing behind the camera in the buff.

Needless to say, the interview ended awkwardly and quickly. The job seeker was left stunned and unemployed.

The moral of the story is this: Let people know when you are going to be a part of a Skype interview, especially if you share a space with others. Lock the windows, lock the doors, put up a sign, take whatever steps necessary to ensure your potential employer doesn’t get a show they will never forget.

A male job seeker was getting ready for a Skype interview and assumed that the employer would only see him from the waist up. He mistakenly decided to wear only his best collared shirt and tie, and his nicest blazer… and his boxer shorts. Sounds okay, right?

During his interview, the employer emailed him a document and asked him to print it and retrieve it. So, what did the guy do? He printed the document and had to get up from his seat to fetch it leaving his employer to see him in his underwear. Not attractive or professional.

Employers want to get to know us, but that is a sight they don’t want to see.

A recruiter told me the story of a Skype interview that involved a small dog. The dog barked throughout the entire interview. The interviewee didn’t seem too concerned about her precious puppy “trying to talk,” but the recruiter couldn’t understand some of what the interviewee was saying due to the constant yaps of the dog.

The same recruiter told me about a person he was interviewing via Skype who had a cat that walked across the keyboard and in front of the camera during the interview process. Animal lover or not, this is not acceptable by most recruiters.

In conclusion, tell people when you have an interview, put away your pets, and for goodness sakes, wear your pants!