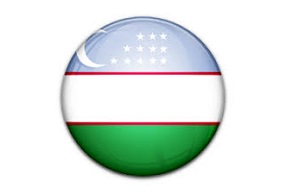 Uzbekistan has adopted a policy of import substitution and export orientation. A multiple exchange rate system and highly over-regulated trade regime have led to both import and export declines since 1996, although imports have declined more than exports since the government squeezed imports to maintain hard currency reserves. High tariffs and border closures imposed in the summer and autumn of 2002 led to massive decreases in imports of both consumer products and capital equipment.

Uzbekistan’s traditional trade partners are the CIS states, notably Russia, Ukraine and Kazakhstan, and the other central Asian countries. Non-CIS partners have been increasing in importance in recent years, with Korea, China, Japan, Malaysia and Turkey being the most active. In 2015 and at the beginning of 2016, Uzbekistan greeted a number of high level officials from Russia, China, United States of America, South Korea, Kazakhstan, India, Japan and other countries. During these visits the parties discussed potential operation and investment opportunities.

One of the fastest growing economies since at least 2010. Uzbekistan is considered one of the 10 top fastest growing economies by IMF, World Bank and other global institutions. Whereas in 2000 the share of industrial production in GDP of the country comprised totally 14.2%, in 2010 this indicator reached 24%, share of transport and communications accordingly 7.7 and 12.4%, share of services increased from 37% up to 49%, while share of agriculture decreased from 30.1% down to 17.5%.

The minimum number of founders of an open JSC is unrestricted, while a closed JSC may be formed by no fewer than three and no more than 50 persons.

On 13 December 2012, in accordance with a decree of the president of the Republic of Uzbekistan the Angren special industrial zone (SIZ) was established in the Tashkent region. Offering foreign and local investors favourable conditions and a wide range of opportunities for doing business, the Angren SIZ provides all the necessary conditions for the establishment of modern high-tech and competitive production facilities.

The area of the Angren SIZ is 187.5 hectares. Its period of operation is 30 years, but this term can be extended in the future. During the SIZ operation period, a wide range of benefits and preferences are provided. A special tax regime and customs preferences apply within the SIZ territory and residents are exempted from:

An entity is a resident of Uzbekistan if it has completed the state registration procedures.

Resident companies are subject to profit tax on their worldwide trading profits and other income, such as interest, royalties and rental income. Profit tax is also levied on the Uzbeksourced income of non-residents operating through a permanent establishment (PE). Noncommercial organisations are generally exempt from profit tax, except on profits derived from entrepreneurial activities.

Taxable income comprises business and investment income and is calculated as the difference between aggregate income and deductible expenses. Expenses and deductions that are wholly and exclusively incurred for the purpose of a business are generally allowable. For other income sources, expenses may be deducted provided they are incurred wholly and exclusively in the production of the income.

Dividends paid out of profits that have been subject to Uzbekistan tax are exempt from profit tax (by way of a deduction from taxable income) in the hands of residents and nonresidents with a PE in Uzbekistan. Profit tax is not imposed on income derived from state securities.