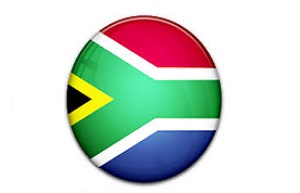 South Africa has the most sophisticated free-market economy on the African continent. The country represents only 3% of the continent’s surface area, yet it accounts forapproximately 40% of all industrial output, 25% of gross domestic product (GDP), over half of generated electricity and 45% of mineral production in Africa.

As well as a strong industrial base, South Africa has a sophisticated financial sector and the country’s main stock exchange is among the top 20 in the world. In its 2012-13 ‘Global

Competitiveness’ report, the World Economic Forum ranked South Africa second in the world for the accountability of its private institutions and third for its financial market development.

Since independence, South Africa has achieved a good level of macro-economic stability, with economic activity occurring in four main metropolitan areas – namely the Witwatersrand area surrounding Johannesburg in the Gauteng Province, the Durban/Pinetown area in KwaZulu-Natal, the Cape Peninsula and the Port Elizabeth/Uitenhage area in the Eastern Cape.

South Africa is a major exporter of gold, diamonds and platinum, as well as other metals and minerals. The country is also a key exporter of maize, wine and fruit. Main export partners are China, the USA, Japan, Germany and India.

Black Economic Empowerment (BEE), a programme which promotes the accelerated integration of black people into the South African economy, has been a policy of the government since 1994.

There is no specific legislation dealing with these areas, which are regulated by commonlaw.

Foreign persons are free to conclude representation, agency, distribution and franchising agreements with local persons. These are common methods for overseas organisations to promote and sell their goods in South Africa.

No formalities are required for the conclusion of such agreements. They may be oral but it is obviously preferable that they be committed to writing. Legal firms should be able to provide all the necessary assistance.

Most contracts tend to be subject to South African law, but there is generally no bar to any foreign law serving as the governing law, as long as there is some nexus between that law and the contract. The parties are free to agree on which court will have jurisdiction, or alternatively, agree that any disputes will be referred to arbitration. In short, the parties have free scope to regulate their relationship as they deem fit.

Legal entities qualify as tax residents if they are incorporated, established, formed or effectively managed in or from South Africa.

In addition, the Income Tax Act (ITA) contains controlled foreign company (CFC) rules, which may function to attribute an amount equal to the net income of the CFCs to South African resident shareholders. Several exemptions are available, essentially in respect of a substantial business presence of the CFC offshore.

A trust is subject to income tax at a rate of 40%, though special trusts are taxed on a sliding scale from 18–40%.