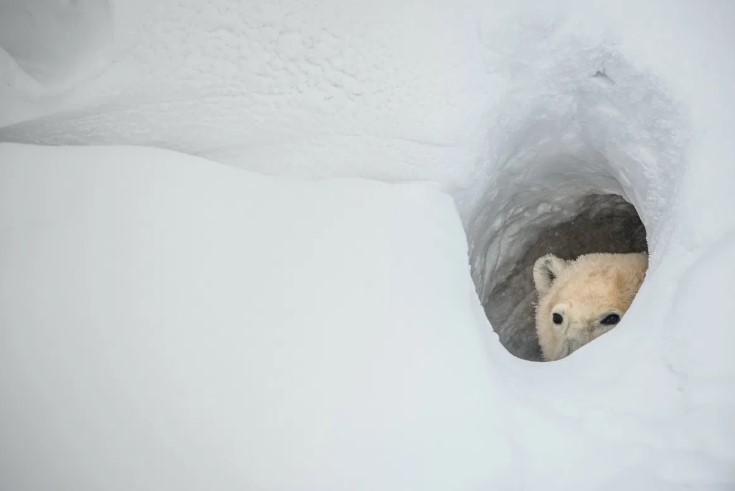 Sometimes polar bears have to travel long distances to get their food, which explains why they’ve adapted to going months without eating. According to Lisa Kemmerer’s book, Bear Necessities, polar bears have the ability to store nearly 150 pounds of food in their stomachs and can enter a “metabolic state similar to that of hibernation” at any point of the year. In fact, pregnant polar bears can actually go without food or water for four to eight months, as they retreat to their den to protect their soon-to-be-born.

If it seems like polar bears never look as clumsy or uncomfortable walking on the snow as humans or other less-equipped animals often do, it’s because they have a built-in advantage. Polar bears’ paws are ideal for roaming the Arctic, according to Polar Bears International. They have black footpads on the bottom of each paw which are covered in small, soft bumps—known as papillae—which grip the ice, and keep the bear from slipping. They also have bits of fur in between their toes to add extra security.

How does a polar bear get clean? They just roll around in the snow! According to the Utah Hogle Zoo, polar bears take cleanliness very seriously because anywhere that dirt ends up is a place that “cold air or water can reach their skin.” While they may go for a swim as a way to bathe in the summer, in the winter, when things are frozen, they clean their fur by rolling around in the snow.