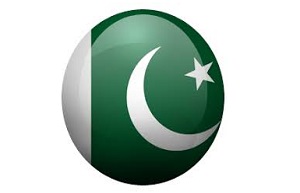 Pakistan has a semi-industrialized economy, which mainly encompasses textiles, chemicals, food processing, agriculture and other industries. It is the 26th largest economy of the world.

The World Bank (WB) and International Finance Corporation’s flagship report ‘Ease of Doing Business 2014’ ranked Pakistan 110 among 189 countries around the globe. Pakistan ranks higher than India and Bangladesh which are at number 134 and 130 respectively.

Pakistan’s economy has maintained higher and broad based economic growth in outgoing fiscal year 2014-15 despite a number of internal and external challenges. During fiscal year 2014-15 economic environment in the country remained confronted with number of challenges such as war against extremism, energy shortages, settlement of IDPs and strengthening of state institutions. Moreover, political conditions started deteriorating in August 2014, due to street sitins/ dharnas followed by lengthy demonstrations nationwide until December. Concurrently, floods hit various areas of the country in September which impacted agriculture and infrastructure sectors and also damaged some major agricultural crops like sugar, rice and cotton along with other losses.

There are good investment opportunities in the following sectors of Pakistan’s economy:

In Pakistan, certain businesses have been declared specialised and in addition to corporate and tax requirements, a specific licence is required to commence such businesses. These  businesses are banking companies, non-banking finance companies, security service provision companies, corporate brokerage houses, money exchange companies, a company which invests in arms and ammunition, security printing, currency and mint, and companies dealing with high explosives and radioactive substances.

Certain conditions e.g. as to minimum capital, qualification of directors, corporate structure and area of operations etc. are required to be complied for a company to obtain the proper licences. However, the conditions for granting of the licence may vary from business to business.

After complying with the requirements for a licence, a business can be established in any of the following forms set out below.

An individual may set up the business as a sole proprietor without any registration except with income tax and sales tax authorities.

A partnership firm can be established by executing a partnership deed on a stamp paper and getting the same firm notarised by the authorised Notary Public Magistrate. The Partnership Act 1932 is the legal framework for partnership firms. The firm needs to be registered with the respective registrar of firms in the area and also needs to ensure registration with the income tax and sales tax authorities.

The Companies Ordinance 1984 (the Ordinance) and the Companies (General Provisions and Forms) Rules 1985 provide the legal framework for operations of companies in Pakistan and the Securities and Exchange Commission of Pakistan (the Commission) is the regulatory authority in this regard.

In Pakistan, a company may be formed with or without limited liability and the Ordinance provides for the following categories of company:

Companies formed in any of the above categories can further be classified into the following types:

FORMATION OF A COMPANY

Any three or more persons associated for any lawful purpose may, by subscribing their names to a Memorandum of Association (document which defines the objectives of the company) and complying with the registration requirements, form a public company.

The name of every public limited company should include the word ‘Limited’ as the last part of the name.

A private company can be established by any one or more persons associated in such manner as specified in the case of a public company and means a company which by its articles of association (the document defining the standard operating procedures of the company):

– Restricts the right to transfer its shares, if any

– Limits the number of its members to 50, excluding the persons who are in employment of the company

– Prohibits any invitation to the public to subscribe for the shares, if any, or debentures of the company.

The name of every private company and companies limited by guarantee should respectively include the parenthesis and word ‘Private’ and ‘Guarantee’ before the last word ‘Limited’.

The Commission may grant a licence to a not-for-profit association for the promotion of commerce, art, science, religion, sports, social services, charity or any other useful object to be registered as a company with limited liability without the addition of the words ‘Limited’, ‘(Private) Limited’ or ‘(Guarantee) Limited’ as the case may be, to its name.

The schedule of fees for online registration of a company is as follows:

* For the registration of a company whose nominal share capital does not exceed PKR100,000, the fee shall be PKR 2,500

Any person may form a single member company and would file with the registrar at the time of incorporation a nomination in the form as set out in Form S1 indicating at least two individuals to act as nominee director and alternate nominee director, of the company in the event of his death. All the requirements for incorporation of a private limited company shall mutatis mutandis apply to a single member company.