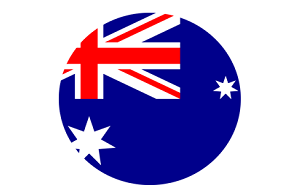 Australia is recognised as one of the world’s more attractive places in which to do business.

It is a relatively young country with a prosperous and stable economic and political climate. This, together with favourable market conditions, a highly skilled, diverse and well-educated workforce and vast natural resources, combine to make Australia an exciting prospect for foreign investors and business migrants who see it as a land of opportunity.

The official language is English. However, as a result of its multi-cultural population, there are also a number of newspapers, radio stations and television programs catering for the various ethnic communities.

Australia’s standard of living is rated second in the world. This is due to its great physical and climatic environment combined with attractive working conditions, excellent health and education facilities, high quality, reasonably priced housing and an affordable cost of living.

The unit of currency is the Australian Dollar, quoted as the AUD. There are 100 cents to the dollar.

Australia has a common law legal system similar to the English system.

Australia has a prosperous, western style economy. According to the World Bank’s Doing Business Report 2013, Australia is the second easiest country in which to start a business and the tenth easiest country to do business.

Australia currently is one of few economies in the world with a positive growth rate.

The strength of the Australian economy is in part due to policy reform such as financial deregulation, strong demand for mining resources and improved labour and industrial relations. It has also been helped by low interest rates and unemployment, a stable rate of inflation, and greater than expected demand for our resources (especially from China and India).

Australia is a services-based economy and its services sector has seen strong growth over the past two decades. The sector includes banking, insurance and finance; the media and entertainment industries; consulting, tourism and retail; services provided by government, such as education, health and welfare; and other personal and business services. The country’s sophisticated financial services industry is the largest contributor to the services sector, generating 8.6% of the country’s total real gross value added (GVA). Overall, Australia’s services sector has expanded by an average of 3.6 per cent per annum, outpacing the all-industries average of 3.4 per cent.

While the service industry remains the backbone of Australia’s economy, Australia’s mining industry has been the catalyst for economic growth in the past decade. Australia has the world’s largest resources of recoverable brown coal, lead, nickel, uranium and zinc, and ranks second in the world for copper. Iron ore is another extremely valuable asset, with high demand from China. Australia also ranks as the fourth-largest LNG exporter in the world.

The central bank in Australia is the Reserve Bank of Australia. The Reserve Bank is responsible for setting Australia’s official interest rate and for maintaining a stable and efficient monetary policy and framework. It is responsible for foreign exchange control, maintaining a general oversight of dealers in the foreign exchange market and setting conditions and prudential standards.

Australia actively welcomes and encourages foreign investment and has a strong commitment to business development.

It is widely recognised that foreign investment fosters higher levels of economic activity and employment, brings access to new technology and skills and introduces new markets for trade and commerce.

To encourage foreign investment Australia has introduced a number of facilitating schemes including trade incentives, Government grants and tax concessions.

Foreign investors are generally held to be:

REASONS FOR INVESTING IN AUSTRALIA

There are a large number of sound reasons for investing in Australia:

A foreign company or similar entity is able to carry on a business on its own account (i.e. as a branch or subsidiary) provided it has registered in Australia. Registering generally involves:

Foreign investors may also enter into a joint venture with an Australian business or organisation.

This has become a popular option in recent years particularly if the investment is in natural resources. As there is no legislation specifically regulating joint venture agreements, the investor, therefore, does not have to go through the process of:

The investor should however create a joint venture agreement with the other party. The participants are generally taxed on an individual basis.

Foreign investors may find a company the easiest structure to use, particularly if opening a branch or subsidiary of their existing overseas business. The most common form of company in Australia is either a private (proprietary) company or a public company limited by shares.

A private company uses Proprietary (Pty) in its name, and its shares cannot be offered to the general public as a means of raising revenue for the company. A limited company includes Limited (Ltd) in its name and can either be limited by guarantee, mostly used by charities and trade associations, or more commonly limited by shares where the shareholders’ liability is limited to paying the issued share price.

Smaller businesses will generally use a private company structure as it is easier and less expensive to arrange and administer. Private companies:

An audit for a private company is required:

1. Where a company exceeds any two of:

2. Where at least 5% of the shareholders request an audit.

3. Where ASIC requests an audit.

4. Where the Australian company is controlled by a foreign company.

In Australia the Tax Act is extremely complex and is constantly changing. It is, therefore, only possible to provide a broad outline here.