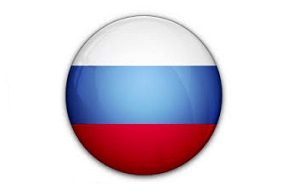 The Russian economy enjoyed stable growth until 2008 when, like other world economies, it faced the turmoil of the global downturn and the economy has not fully recovered from the consequences of this yet. Services, construction, the hotel and catering industry and manufacturing activities experienced the most significant slowdowns. Wholesale trade, the financial sector, real estate transactions, as well as the electric power, gas and water production and distribution industries, also faced challenges.
However, since the second half of 2009, the Russian economy has begun recovering. Gross domestic product (GDP) grew by 4% in 2010, by 4.4% in 2011, by 3.4% in 2012 and by 1.3% in 2013.

THE CENTRAL BANK OF THE RUSSIAN FEDERATION (BANK OF RUSSIA)

The key function of the Bank of Russia is to provide for a stable national currency. It has an exclusive right to issue and redeem cash and make decisions on issuing new bank notes and coins. The central bank develops and implements the unified monetary policy and executes currency regulation and control. As a lender of last resort for credit organisations, the bank:

Each and every legal entity (including foreign ones) shall be registered with tax authorities of the Russian Federation at the place of location of an executive body, and for each separate subdivision, immovable property or transport vehicles owned. Requirement for this registration occurs within 30 days from the date of activity start (creation of permanent employment for personnel).