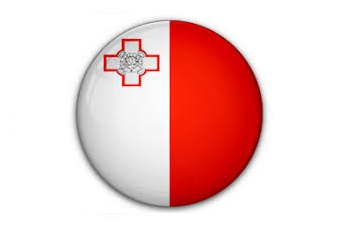 International trade, and in particular export activities, represent Malta’s economic lifeline. Measures designed to increase the competitiveness of Maltese exports and to widen the range of incentives available to industrial investors are given priority. The importance of this emphasis follows from the fact that, apart from its tourist attractions, Malta lacks natural resources and has to import a substantial part of all its requirements.

The Maltese have always been convinced that their future lay with exports. Exports of manufactured goods, along with tourism, transport-related services such as transhipment and ship repair, as well as financial services, are now the prime motors of Malta’s economic growth and development.

Maltese goods make their way into practically every country of Europe, and also into North Africa and the near East. However the European Union consistently takes the lion’s share of Malta’s exports – followed by North America which is another significant market. Other important markets include the Gulf States and North Africa, while exports to South-east Asia are growing as the electronics industry develops and consolidates its operations.

The Maltese economy, the smallest in the European Union (EU), has managed to survive the prolonged International financial crisis pretty well, with its financial system intact and winning international acclaim for the solidity of its banking system.

Malta is reputed to be one of the best EU member states in terms of adopting EU rules, enabling its citizens to gain from the benefits of the single market, according to a report presented by Internal Market Commissioner Michel Barnier in Brussels. Analysing the implementation of the various rules which govern the EU’s EUR 500 million single market, the report gives a clean ‘bill of health’ to Malta and clearly states that the island is one of the best performers among the 27 member states.

Although relatively unscathed, Malta is not immune to the surrounding economic conditions. In 2011, gross domestic product (GDP) grew by 2.197% (compared with 3.7% in 2010) with a clear 0.7 basis points over the EU average. The annual rate of inflation in 2011 stood at 2.72% (compared with 1.51% in 2011), where the change was particularly due to the increase in International oil prices.

Unemployment in 2011 and the first quarter of 2012 averaged between 6.5% and 6.8%. The government maintains an ongoing review of human resources development in the public sector, aimed at improving systems and efficiency in public services. The Employment and Training Corporation (ETC) and the Malta College of Arts, Science and Technology (MCAST) provide specialised training in all employment sectors. The ETC is also the Government recruitment agency.

The Maltese economy is based on the free-enterprise system. While a major part of the economy is privately controlled, public utilities are mostly provided through governmentcontrolled entities.

Malta is definitely an old hand at banking; the sector goes back over a hundred years and traces its roots to the pre-British Colonial era. Over the past few years, which have been characterised by a prolonged international financial crisis, Malta’s banking system has emerged as an example of best practice and sound principles. The Maltese banking system has been a major pillar sustaining the country’s economic development, providing both short- and long-term capital.

The Banking Act is in conformity with European Union directives and credit regulations. The Financial Institutions Act regulates institutions that do not take deposits or other repayable funds from the public. There are six commercial banks including HSBC, Bank of Valletta, Banif Bank, APS Bank and Lombard Bank.

Businesses may require licences from various departments besides the Department of Trade, including the police and the public health authorities in relevant cases.Authorisation for conducting investment and financial services is issued by the Malta Financial Services Authority.

The price of most commodities is set according to market forces, although there are regulatory structures to protect the consumer and ensure fair pricing. The price of public utilities is set by the government.

Imports are generally unrestricted. In particular, there are no difficulties concerning the importation of raw materials and equipment required by industry. Restrictions may apply on imports from certain countries, which may be prohibited in accordance with restrictions set by the Security Council of the United Nations. Other imports may be restricted and subject to controls due to the nature of the goods being hazardous or requiring sanitary controls.

Exports are free of controls with some exceptions, primarily items of cultural value such as antiques and works of art.

Imports in Malta are subject to natural market forces and are generally free from any volume-based quotas or restrictions. There are no item restrictions except for particular items such as firearms. The clearance of certain goods – such as pharmaceuticals, foodstuffs, plants and livestock, chemicals, firearms and explosives – requires a special clearance procedure. An import licence is required for the importation of certain goods, including new cars.

Goods which may not be sold in Malta, such as goods that are in breach of the law on trademarks or copyright, or that do not satisfy safety regulations, will not be released and must be re-exported.

There are no restrictions on trade with any country except for restrictions sanctioned by the Security Council of the United Nations.

A limited liability company is formed by means of capital divided into shares. The liability of the shareholders is limited to the amount of the shares held. This is the form of organisation favoured by large enterprises and usually preferred by foreign investors. A company may be incorporated either as a public company or as a private company.

A general partnership (partnership en nom collectif) has its obligations guaranteed by the unlimited, joint and several obligations of all the partners. It is formed by a deed of partnership, which must be delivered to the Registrar for registration. Changes in the deed of partnership, the introduction of new partners or the withdrawal of any existing partners must also be reported to the Registrar. The rights of third parties are protected by law in case of withdrawals from or additions to the partnership.

The Companies Act recognises a form of joint venture under the rules on association en participation. The association comes into existence under an agreement whereby a person (the associating party) assigns to another person, for a valuable consideration, a portion of the profits and losses of a continuing business or of one or more commercial transactions.

In relation to third parties, the venture is deemed to belong to the associating party. No registration is required for this type of association.

A body of persons may be incorporated as a cooperative society under the Cooperative Societies Act. Government agencies and other public bodies are usually referred to as corporations or authorities and are typically constituted by an Act of parliament. Both cooperative societies and corporations set up by law have a distinct legal personality.

Professional and other non-commercial partnerships are referred to as civil partnerships and are regulated by the Civil Code. The Companies Act replaced the Commercial Partnerships Ordinance in 1995, but shipping companies continue to be regulated by the Ordinance. There are no provisions requiring these Maltese companies to have any minimum subscription by Maltese shareholders or to appoint Maltese directors. The acquisition of shares by non-residents, however, requires exchange control approval.

The principal taxes under Maltese law are:

As of May 2004, the imposition of levies on the importation of certain products (for theprotection of local manufacturing) has been largely phased out in line with EU policy.

Other taxes in Malta include the motor vehicle registration tax, the oil bunkering tax, anumber of licence and registration fees and the recent addition of the Eco-Tax which isfocused on safeguarding the environment.

Social security contributions are payable by employees and their employers and by selfoccupied and self-employed persons. There is no tax on capital, other than stamp duty and there are no local taxes.

TAXATION OF COMPANIES AND SHAREHOLDERS

Companies are subject to income tax and tax on capital gains under the terms of the Income Tax Act and there is no separate law for corporation tax.

DEFINITION OF A COMPANY

For income tax purposes, a company means a body of persons that falls under any of the following categories:

When a foreign company sets up a branch in Malta, it is required to be registered under the Companies Act as an overseas company. The registration applies to the company and not to the branch and the branch itself is not recognised as a separate entity for company law or income tax purposes.

Shipping and air transport profits of non-resident companies are usually exempt from Maltese tax also on account of the provisions of the relative double taxation treaties. In the exceptional cases where a non-resident is subject to Maltese tax, the taxable income will be restricted to profits attributable to goods and passengers shipped in Malta. It is  possible to agree with the Revenue on an apportionment-based method of taxation.