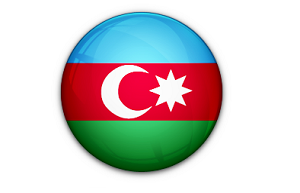 THE AZERBAIJAN CONSTITUTION AND GOVERNMENT

Azerbaijan is a secular and unitary constitutional republic. The structural formation of Azerbaijan’s political system was completed by the adoption of the new constitution on 12 November 12 1995.

The official language is Azerbaijan, which belongs to the Turkish group of languages.

The economy is constructed around the oil industry. 30% of gross domestic product (GDP) is derived from oil production. Service industries account for only 31.9.3% of GDP. According to the direction of the president, thanks to the income from the oil production, the non-oil sector of economy is developing. We can see this increase in service sectors such as tourism and transportation etc.

After the collapse of the USSR, Azerbaijan’s huge oil and gas reserves created an attractive investment climate for foreign companies such as Exxon, BP, Shell, Total and Agip etc. to invest in the oil industry and to develop oil wells. All Production Sharing Agreement (PSA) participants have tax and customs exemptions. Direct investments are considered where investors take the form of a separate legal entity or branch of a foreign company. The investment can be valued in cash and assets. There is no restriction in the purchasing of local financial institutions’ shares. Owing to this, within previous years the European Bank for Reconstruction and Development (EBRD) purchased a 25% share in several banks.

Since 2007, the registration of legal entities or business bodies became a much easier process owing to the application of a ‘one window’ system. After applying with all the required documents, a company is registered within seven days. There is no limitation of capital in the registration of the entity. But the capital should be paid up upon incorporation. The capital may be paid up in cash or in kind (equipment, land, stock, property etc.)

The types of legal organisational forms of an entity are set out below: