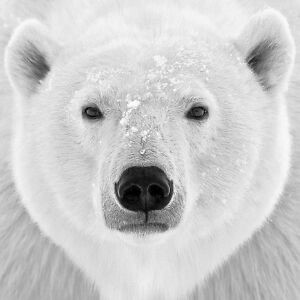 Polar bears rely on sea ice to hunt and capture seals as food – where they wait for them to surface through holes in the ice – but are unable to find enough nutrition on land. However, the Arctic is warming much faster than the rest of the planet due to the climate crisis; therefore, polar bears will soon be left without a suitable hunting ground as large areas of Arctic sea ice continue to melt.

At present, there are less than 25,000 polar bears left, including 19 subpopulations spread across Norway, Canada, Alaska, and Siberia. The team of researchers assessed 13 of those subpopulations, representing around 80 per cent of the estimated remaining polar bears. More specifically, they modelled polar bear energy use, which they used to derive the threshold number of days the animals can fast before survival rates of both cubs and adults start to decline – the so-called fasting impact threshold.