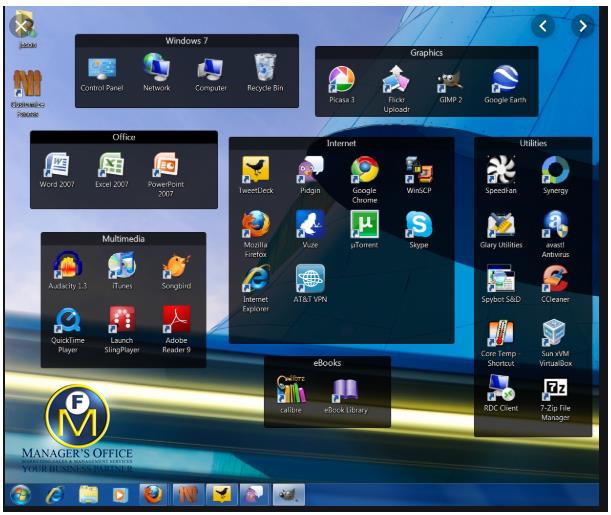 We’ve all heard about the importance of getting organized. If everything is put properly in its own place, it’s much easier to locate items when you need them, which helps you to waste less time and maximize your productivity. But, while you’ve probably been taught how to properly organize your desk, you might still be wondering how to get organized on your computer itself. Despite the fact that the computer is the most utilized tool on most people’s desks, many are unsure how to organize the files contained on it. Follow the three easy guidelines below for tips on how to get organized in regards to your computer:

It can definitely be difficult to locate the files you need when every file in your My Documents folder and on your desktop begins with programming language. While some programs and downloads already come with clear tags, others seem to have no discernible label at all. For these files, change the name to something easily recognizable. It doesn’t have to be long – just something easy for you to find in a hurry. In fact, long labels are usually more of a disadvantage than shorter ones because they often get cut off, meaning if you have a number of files with similar names, you could have a harder time quickly finding what you need.

You can hardly ever have too many folders! You can create folders to organize files in regards to their type, such as pictures, graphs, or reports.  A general My Documents folder containing a number of separate sub folders is also a universally great organization idea. Folders can also be created to help separate files belonging to different users, so, for family computers, it’s always a good idea to create a separate folder for each family member so that the whole family’s files are not simply thrown together in one common place.

External data storage devices, such as external hard drives and flash drives are an excellent way to help organize your computer. While hard drives are sometimes a smart choice, the superior option is generally flash drives, as they are smaller (and therefore more portable), and they have no moving parts, meaning they’re far less likely to malfunction. Use flash drives to store files that you don’t want to delete yet which you use rarely; you don’t want these files hoarding valuable real estate on your desktop. Flash drives can also be used to store copies of files which are too important to risk losing (you can easily keep several flash drives in a safe off site).