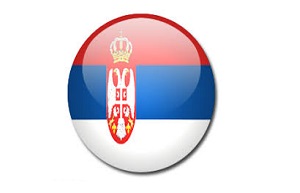 The economy of Serbia is based on free enterprise, with most economic activity taking place in the private sector. As a post-communist country, Serbia had a legacy of state ownership for many years. After a process of transition to private ownership during the 1990s, by the 21st century Serbia had become a regular part of Europe with majority private ownership. Through a process of economic liberalisation, the country has experienced fast economic growth.

Serbia has not yet utilised all its resources, either geographically or in terms of its natural resources. There are significant untapped opportunities and it is only a matter of time before Serbia becomes a preferred destination for foreign investors.

The interim agreement between Serbia and the EU allows free export of all products originating from Serbia, meaning those that are fully manufactured in Serbia or which use materials that originate from EU countries, Turkey, or countries that are in the process of joining the EU.

A free trade agreement between Serbia and the EFTA countries (Norway, Liechtenstein, Iceland and Switzerland) allows Serbian exporters to export goods into these countries free of custom duties or other taxes.

The free trade agreement with the Russian Federation makes Serbia particularly attractive for foreign investors and manufacturers since Serbia is the only country outside the Commonwealth of Independent States which enjoys the benefits of duty-free trade with Russia. Goods produced in Serbia or those whose dominant value is added in Serbia (at least 50% more than the initial price) are considered to be of Serbian origin and are subject to 1% import tax on entering the Russian market.

Serbia has become a very attractive destination for doing business due to operating costs which are lower in Belgrade than in other large cities in central and eastern Europe.
Serbia’s tax regime is highly conducive to doing business. Corporate profit tax is one of the lowest in Europe (at 15%), while VAT (varying from 0–20%, depending on the type of goods), salary tax, and social insurance (17.9%) are among the most competitive in central and eastern Europe.

TYPES OF BUSINESS ENTITIES IN SERBIA

Foreign investors can conduct business as an entrepreneur or found a company as a:

The most common company type is a limited liability company, which requires only RSD100 for incorporation.

Businesses can be also registered as:

Serbia has a highly educated workforce, which is very cheap compared with other European countries. Serbian labour in the 21st century has been following the modern trends, and many young people now study abroad. This raises the level of their knowledge on their return, especially for foreign languages.

Around 11% of Serbia’s population has a tertiary education qualification, which puts Serbia in the middle ranks of Europe.

Serbia is still facing the same kind of problems encountered by other post-communist era countries. Its transition period has also been made more difficult by the civil war, which had a negative impact on the labour market. Economic activity is low and the unemployment rate is very high, running at a rate above 20% in the last three years.

Relationships between employers and employees in Serbia are mostly regulated by the Labour Law. There are also several other institutions which are responsible for protecting workers’ rights.

Work permits are required for foreigners employed in Serbia and are issued with a validity of three to 12 months. An application for a work permit is submitted in person or by mail to the Labour Market office in Belgrade. The average time for obtaining a work permit is two days. Work permits can be renewed without obstacles and the procedure is identical with the first application.

Steps for obtaining a work permit are: