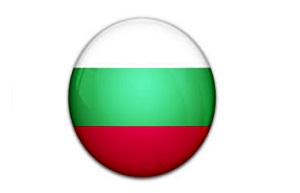 CENTRAL BANK AND COMMERCIAL BANKING SECTOR Amendments to the Bulgarian National Bank (BNB) law, effective as of January 2005, ensure the complete institutional,  financial and functional independence of the BNB. After the introduction of a Currency Board in 1997, the number of monetary policy instruments at the disposal of BNB was  significantly reduced. Bad loans to enterprises were converted by law into state bonds with low interest rates for the first six years. The tightening of regulatory controls and the  positive effects brought about by the introduction of the Currency Board have helped the sector to gradually regain confidence.

The banking system has now stabilised and continues to mature. The market is dominated by five large banks, which control about 56% of the system’s total assets. High  corporate liquidity, coupled with attractive terms and rates on deposits, have contributed to a high level of deposit concentration.

Bulgaria has almost completed the privatisation of its state-owned banks. About 90% of Bulgarian bank assets are owned by large foreign banks, already well-established in central and Eastern Europe or by banks that are committed to achieving bigger market shares in the region. Some of the major shortfalls of the banking sector include a sluggish  corporate loan-granting process and underdeveloped e-banking.

The introduction of the Currency Board in the country in July 1997 led to improved confidence in the local currency, exchange rate predictability and lower inflation. After the introduction of the Board, all constraints on trading with foreign currency within the country were removed. Local banks can sell hard currency to physical and legal entities without any limitations.

The currency unit in Bulgaria is the Bulgarian Lev (BGN). At present the BGN is fixed to the EUR at the rate of BGN 1.95583 per EUR 1. The Bulgarian National Bank announces reference rates of the Lev to the other major foreign currencies on the basis of their international market rates.

SETTING UP A BUSINESS FORMS OF ENTERPRISE

The Bulgarian Commercial Act provides the main framework for the setting up and governance of commercial entities in Bulgaria. Foreign persons can do business in Bulgaria

without incorporation through a permanent establishment. Under Bulgarian law they can also use the following forms of commercial business organisation:

The Commercial Act provides for the following types of companies:

Commercial Register with the Registry Agency.

An OOD’s minimum capital is fixed at BGN 5,000 to be allocated in shares (ownership interests) of a value not less than BGN 10. At least 70 % of the authorised capital as per thearticles of association should be paid in prior to the commercial registration. Capital instalments can be made by the shareholders either in cash or in kind.

An OOD is governed by its articles of association (AA) executed by the shareholders. The AA includes information on the name, seat and address of management, scope of  business activities, managing bodies, books of the OOD, etc. The AA is deposited with the Commercial Register.

In Bulgaria there is no practice where shareholders arrange their relations by a separate shareholders’ agreement (in addition to the AA). However, such an agreement is not prohibited and can be executed, provided that its stipulations are not in conflict with theimperative provisions of the law.

The governing bodies of an OOD are as follows:

The general meeting (GM) of its shareholders, and One or more managers appointed by the GM.The GM of the shareholders is the OOD’s supreme managing body and it is competent to resolve the most important corporate issues e.g. changes in the authorised capital, assignment of managers, the opening and closure of branches and adoption of the annual financial statements. The shareholders are summoned to sessions by the company’s manager. Voting rights are proportionate to a shareholder’s participation in the registered capital unless otherwise agreed to in the AA. The GM takes most of the decisions with a simple majority (i.e. more than 50% of the capital). A unanimous vote of the shareholders is required for the GM to resolve on any increase or decrease in the capital; and threequarters of the capital is necessary for decisions on:

The Bulgarian Commercial Act recognises the following types of partnerships:

Two or more persons can conclude a joint-venture agreement in order to combine their efforts for the achievement of a mutual business objective. Joint ventures are not legal entities but unincorporated partnerships. The partners input capital/in-kind contributions, which fall under the joint ownership of all participants. Joint ventures are regarded as separate entities for tax purposes and are subject to corporate income taxation.

A holding can be a joint-stock company, a partnership limited by shares, or a limited liability company purposed to have share participation or manage other companies and without further obligation to perform itself commercial activity. At least 25% of the holding’s capital should be invested in its subsidiaries. Subsidiaries are companies in which the holding has or controls directly or indirectly not less than 25% of the shares, or has the power to appoint the majority of the managing body’s members.

Individuals regarded as ‘Bulgarian residents’ under the Personal Income Tax Act are persons who:

Since 1 January 2009, a 10% flat rate of personal income tax was introduced. A flat rate withholding tax is levied as a withholding tax where a private investor’s tax liability is settled. Capital gains which have already been taxed are no longer recorded in the annual income tax return. Instead of using the personal tax rate, income, regardless of size, is taxed with the flat tax rate of 25%. According to Art. 43 a Para. 1 of the German Income Tax Act, the withholding tax rate is 25% plus a solidarity surcharge of 5.5% on  the final withholding tax and a possible church tax (8 or 9% of the flat tax). This makes for a total flat rate withholding tax of 26.375% (church tax excluded). Any surplus income  from capital assets cannot be reduced by overall deductions through a lump sum or actual expenses. However, in its place, a saver’s allowance to the amount of EUR is used as deduction (Art. 20 Para. 9 German Income Tax Act). However, as at the time of writing, several court decisions are awaited which will make a ruling on this restricted deduction possibility.