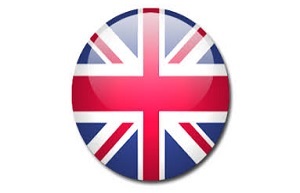 Britain’s services sector enjoyed a rise in activity last month and hired more staff to cope with rising workloads, according to a survey on Tuesday.

The pickup for the biggest part of the economy, covering banks to hotels, follows upbeat surveys on the smaller manufacturing and construction sectors and reinforced the view the UK recovery will maintain its momentum over coming months. That will intensify the debate about whether the Bank of England will consider raising interest rates sooner than the markets have been expecting, and perhaps even before the end of this year. “The UK economic recovery shows no signs of running out of steam, and growth  could even accelerate further in the second quarter,” said Chris Williamson, chief economist at survey compilers Mark it.

“The survey also brings news that private sector employment rose at a record pace in April, signaling 100,000 jobs being created each month.”The headline reading on the Markit/CIPS UK Services PMI poll rose to 58.7, beating City forecasts and signaling the fastest growth in activity so far this year.

The reading was well above the 50-mark that separates expansion from contraction and compared with a consensus forecast for it to hold at March’s 57.6 in a Reuters poll of economists. The survey compilers said growth was supported by a sharp increase in new work. Against that backdrop, services companies increased employment at the fastest pace for six months.

Looking ahead, business confidence was just below February’s four-and-a-half year peak and purchasing managers surveyed for the report widely expected recent growth to continue, with investment in infrastructure, new products and marketing all planned over the next year.

Putting this report together with surveys on manufacturing and construction published last week, gave a joint activity index for the UK economy of 59.4 in April, up from 58.2 in March.

“This leaves it at its highest reading since November and therefore suggests that UK second quarter GDP growth will accelerate from the 0.8% quarter-on-quarter rate recorded in the first quarter,” said James Knightley, an economist at ING.

“With the economy gaining more and more momentum we expect further significant increases in employment, which will help push wage rates higher. While there is no real prospect of action at this week’s Bank of England policy meeting it looks as though the odds of a policy shift this year are shortening.” The Bank of England governor, Mark Carney, and his colleagues on the monetary policy committee have indicated that they want to see evidence of a well-established recovery before raising interest rates from a five-year long record low of 0.5%, and that even then rises would be gradual.

Inflation is well below the Bank’s target but rising house prices have fanned expectations it might have to hike rates to rein in the property market amid talk of a bubble developing, at least in London. Reacting to the upbeat clutch of PMI reports, Alan Clarke, an economist at Scotia bank, said: “As long as this translates into the concrete hard data, it should contribute to a rate hike sooner rather than later.
If you can’t hike with double digit house price inflation, a near-60 PMI reading and strong labor data, when can you?”