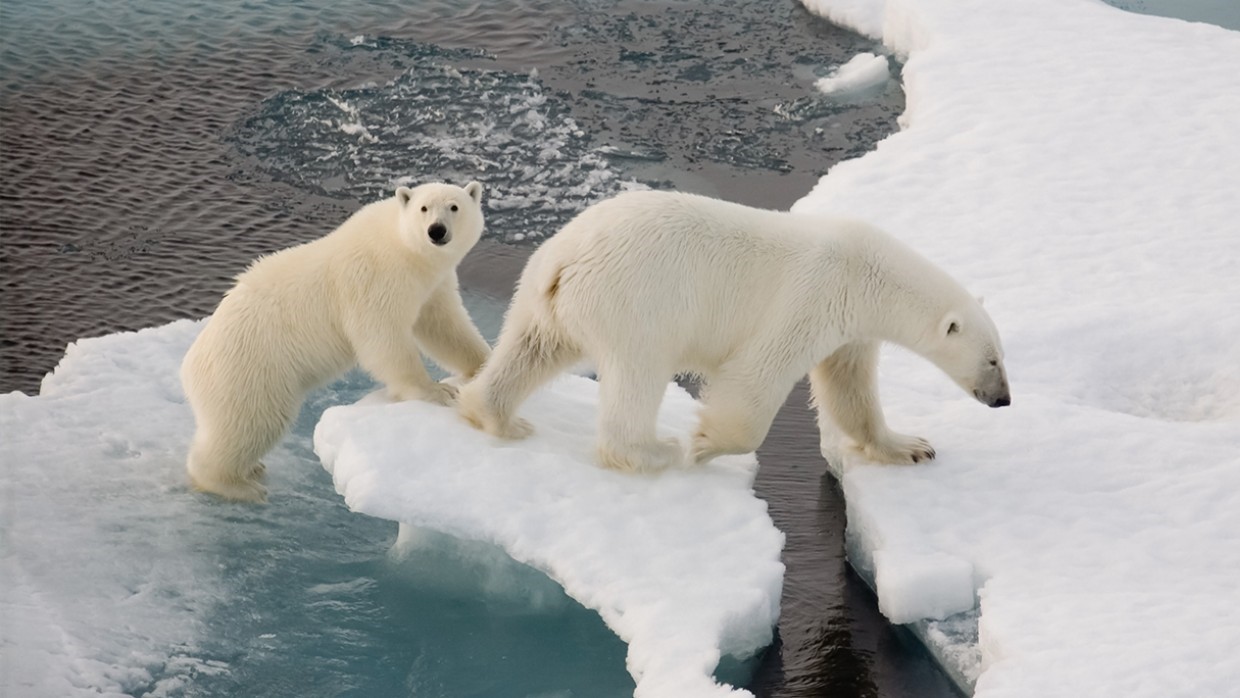 1) Polar bears are found in the frozen wilds of the Arctic, in Canada, Alaska (US), Greenland, Russia and Norway.

2) These are seriously big bears, gang. Adult polar bears can measure over 2.5m long and weigh around 680kg. Their huge size and weight make them the largest living carnivores (meat eaters) on Earth!

3) Polar bears are well adapted to survive in one of the harshest environments on our planet. As well as their thick fur, they have a layer of fat, called blubber, that insulates (protects) their bodies from the frosty air and near-freezing water. Polar bears also have black skin under their glistening coat, which helps them soak up the Sun’s rays and keep warm.

4) These magnificent mammals have an incredible sense of smell which they use to track their favourite grub, seals*. In fact, their sense of smell is so good, they can sniff out prey from up to 16km away!

5) Despite their size and bulk, polar bears are excellent swimmers, and have been spotted in waters over 100km offshore. They can comfortably swim at around 10km/h using their slightly webbed, 30cm wide paws like paddles in the water.

6) Although good swimmers, polar bears aren’t quick enough to reliably catch seals in open water. Instead, they depend on the ice as a hunting platform. They wait near seal breathing holes or at the ice’s edge for a seal to surface. They then snatch it from the sea and…gulp!

7) Did you know that a polar bear’s fur isn’t white? It’s actually transparent with a hollow core that reflects light. This helps the bears blend in with their surroundings – a useful trick, especially when hunting wary seals!

8) Female polar bears give birth to their cubs in snow dens (in November or December), where the family is protected from the harsh Arctic environment. At birth, the cubs are only around 30cm long and weigh around half a kilogram – that’s about the same as a guinea pig!

9) The polar family emerge from the den four to five months later. The cubs will stay with their mother for about two years, during which time they learn the skills needed to survive in the Arctic.

10) Sadly, these incredible creatures are classified as “vulnerable”. The biggest threat to polar bears is climate change. Rising global temperatures means that sea ice is melting earlier and forming later each year, leaving polar bears less time to hunt for food. But the good news is you can help these amazing animals! Check out NG Kids’ Five Top Conservation Tips for some environment-saving ideas.