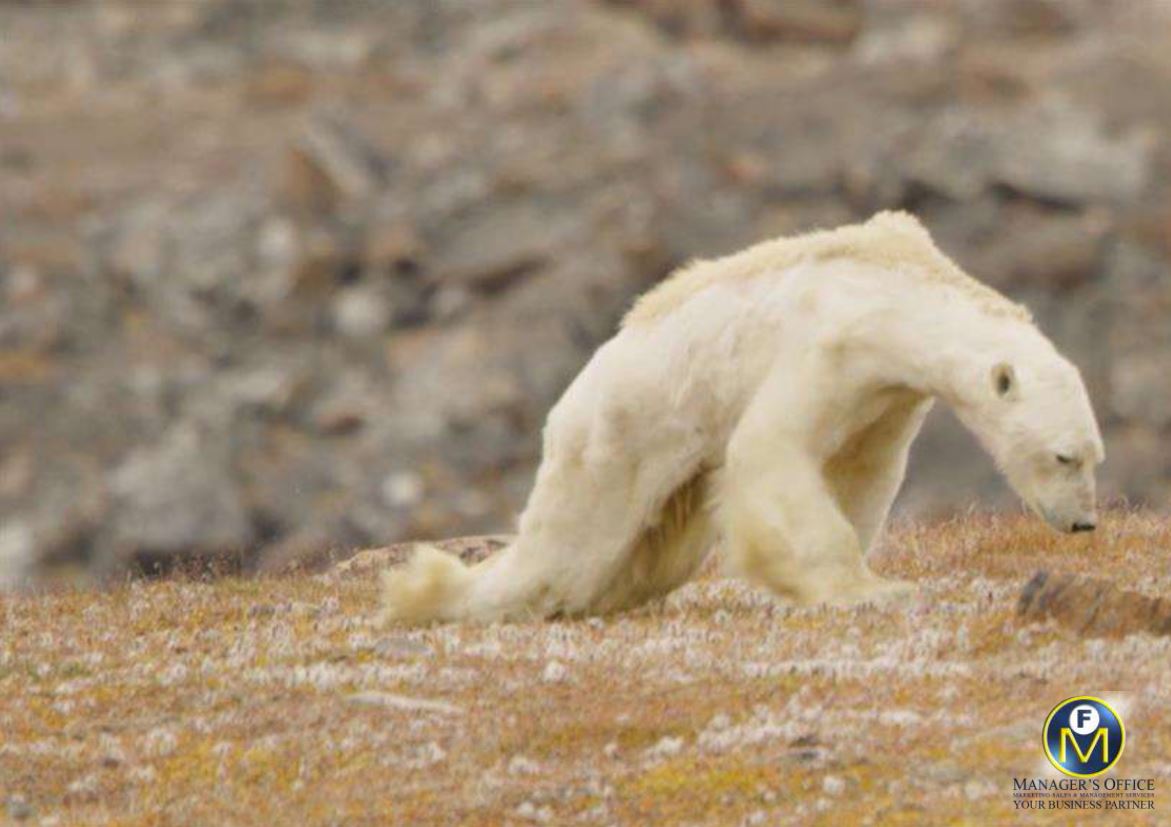 When photographer Paul Nicklen and filmmakers from conservation group Sea Legacy arrived on Somerset Island—near the larger Baffin Island—in the Canadian Arctic in late summer, they came across a heartbreaking sight: a starving polar bear on its deathbed.

Nicklen is no stranger to bears. From the time he was a child growing up in Canada’s far north the biologist turned wildlife photographer has seen over 3,000 bears in the wild. But the emaciated polar bear, featured in videos Nicklen published to social media on December 5, was one of the most gut-wrenching sights he’s ever seen.

We stood there crying—filming with tears rolling down our cheeks,” he said.

Video shows the polar bear clinging to life, its white hair limply covering its thin, bony frame. One of the bear’s back legs drags behind it as it walks, likely due to muscle atrophy. Looking for food, the polar bear slowly rummages through a nearby trashcan used seasonally by Inuit fishers. It finds nothing and resignedly collapses back down onto the ground.

In the days since Nicklen posted the footage, he’s been asked why he didn’t intervene.

“Of course, that crossed my mind,” said Nicklen. “But it’s not like I walk around with a tranquilizer gun or 400 pounds of seal meat.”

And even if he did, said Nicklen, he only would have been prolonging the bear’s misery. Plus, feeding wild polar bears is illegal in Canada.

The wildlife photographer says he filmed the bear’s slow, beleaguered death because he didn’t want it to die in vain.