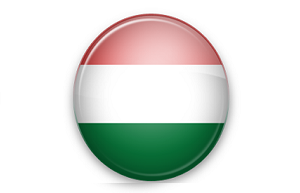 Hungary has a moderately developed agro-industrial economy that is very sensitive to international economic factors. Scarcity of fossil fuels and minerals means that Hungary relies heavily on the import of raw materials.

Hungary has a moderately developed agro-industrial economy that is very sensitive to international economic factors. Scarcity of fossil fuels and minerals means that Hungary relies heavily on the import of raw materials. Two-thirds of the Hungarian Gross Domestic Product (GDP) has generated from the services sector, including the areas of financial-, real-estate-, economic- and public services. The manufacturing in industry generates approximately one-fourth of the GDP. The agriculture and the construction only amount 4-5 percent of the Hungarian GDP. The GDP growth in Hungary has slowed down in the last few years, because nowadays the economic factors are very poor in most developing European countries. The total GDP growth was 3.3% in 2014.

After the period of the Hungarian market economy transformation in 1989, it was characterised by high inflation. At the end of the decade inflation, it slowed down to under 10%. In 2001 during the period of the previous monetary system of gradual devaluation has later changed to a floating exchange rate system, where the Hungarian Forint (HUF) exchange rate could fluctuate in a relatively wide margin of plus/minus 15 % around central parity. At the same time total foreign currency liberalization was achieved and the Hungarian Central Bank started using the monetary system of inflation targeting. In 2008 the central parity system was abolished and the exchange rate of the Hungarian Forint was free to fluctuate in any directions without any limits. The Central Bank will however intervene if these fluctuations endanger them to achieve their inflation goals. As a result of these arrangements and a favourable international economic environment, inflation has decreased to 3.9% at the end of 2006. In 2007 the inflation increased again to 8%, and decreased back to 0,2% by 2014.

The exchange rate was 314,89 HUF/EUR on 31st December 2014. By following the market processes, the Central Bank interest rate was 3% in 2013, which decreased to 1% in 2014. In the election 2010 the former opposition party, FIDESZ took 2/3 of the seats in the House of Parliament, which was not precedent in the political history of Hungary since the communist era. The newly elected Parliament appointed Viktor Orbán to form his cabinet.

In the election 2014 the FIDESZ took again 2/3 of the seats. In the last mid-term election in 2015 the majority has ceased.

The main sectors – that were taxed on the top of the ‘everyday’ taxes – were banking, energy, telecom and retail. Though several taxes have been introduced, the word ‘austerity’ has not been used by government officials. Rather these programs called as actions based on unorthodox economics.

Hungary, as a member state of the European Union may seek to adopt the common European currency, the Euro. Earlier in 2011, Prime Minister Orbán Viktor was anticipating that Hungary would join the eurozone by 2020. To achieve this, first of all Hungary would need to fulfil the Maastricht criteria as this country was a subject of an excessive deficit procedure.

Despite the programs of the new government, the economy of Hungary slowed down in 2011. Hungary has seen a shift in terms of foreign investments, like in lower-value textile, food industry, and investment in vehicle production, renewable energy systems, high-end tourism and information technology.

The harmonisation of Hungarian commercial and company law with the EU legal system has been fully achieved. Act IV of 2006 regulates the formation of companies, whilst Act V of 2006 on publicly available company information, company court procedures and solvent liquidation governs the steps involved in founding companies.

On 15 March 2014, the new Civil Code entered into force which now contains company legislation too. Members of companies formed under Act IV of 2006 are obliged to redraft the deed of foundation until 15 March 2016, however, if at any time before the deadline expires, the deed of foundation needs to be changed (name change, for example), provisions of the new Civil Code must be applied.

The following five types of business entity are available under the Companies Act:

Each of these entities can be 100% foreign-owned or foreign-controlled.

Most of the taxes, with tax rates of the same validity across the entire country are assessed in accordance with laws enacted by Parliament. Similarly, the determination of taxable income and the basis of assessment are also defined by tax law.

The collection of taxes is the task of the tax authorities which operate under centrally organised common rules and procedures. One of the most significant exceptions is the act on local taxes. This act empowers the local municipalities to levy five different types of local taxes.

The maximum tax rates are determined by the act. The municipalities levy and share income from the revenues of vehicle taxes, and to a certain extent they are also able to amend them. In practice, the local municipalities do not always levy the maximum tax rates set by the act. Moreover, several municipalities do not levy local taxes of any kind at all. Consideration of local business tax plays a significant role in finding a satisfactory location for a business venture in Hungary. Local taxes are deductible for Hungarian corporate income tax purposes.The Hungarian tax authorities are the Hungarian customs office and the local city council levying local taxes, as well as the tax office. The Hungarian customs office has rules of taxation differ from the rules of taxation under the Hungarian tax office and local city councils levying local taxes. These are detailed below.