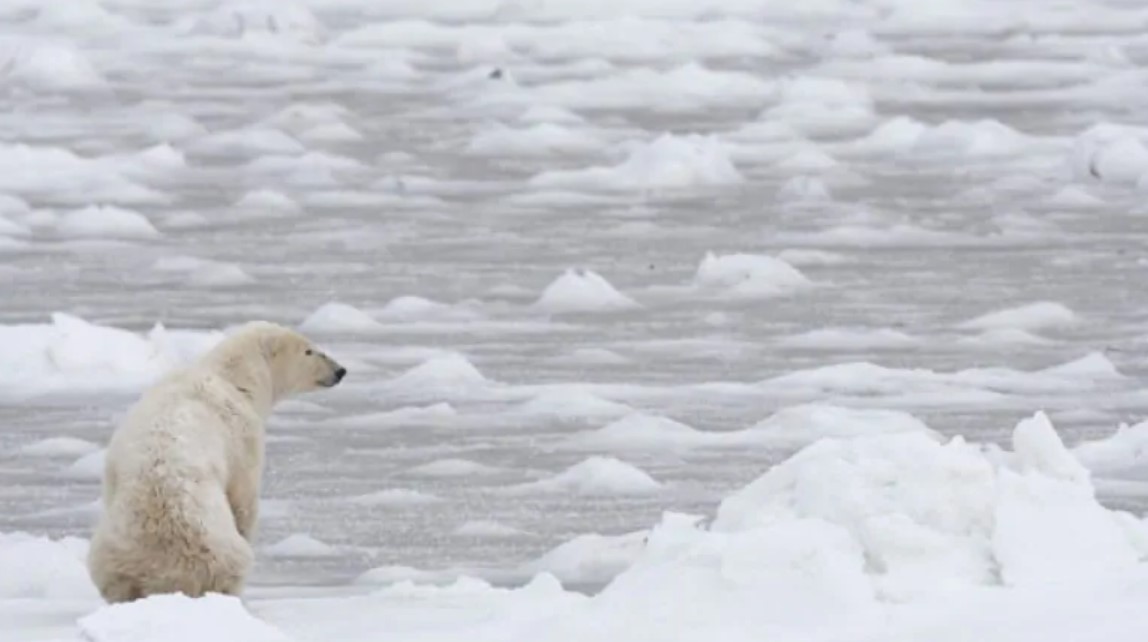 Every winter, Arctic sea ice grows around the pole, its frozen tendrils threading along northern coasts. Right now sea ice has just passed its peak coverage for the year, and will begin to shrink with the coming of spring. It’s a crucial time for polar bears, whose food supply is inextricably linked to sea ice.

And in recent decades, sea ice has been shrinking faster than ever. According to the National Snow and Ice Data Center, 2019 has the seventh-lowest sea ice cover in the Arctic since they began collecting satellite data 40 years ago.

The downward trend in Arctic sea ice across all months is the concern,” he says, and “now we wait to see what spring conditions bring.”

A cold spring allows ice to linger, giving polar bears easier access to one of their favorite foods: seals. A warm spring cuts short the availability of their food super-highway. “For polar bears, it’s survival of the fattest,” Derocher says.

Fatter bears have better insurance to survive the ice-free summer when food is scarce or non-existent. And fatter females need energy to successfully birth and nurse healthy babies. “No polar bear ever looked in a melt pond and thought, I’m too fat,” jokes Derocher.