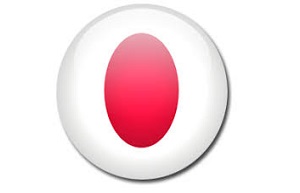 Japan’s consumer price inflation hit a new five-year high in November, a Reuters poll showed in a positive sign of steady progress toward the Bank of Japan’s 2 percent inflation goal.

Household spending rose in November at the fastest annual pace in eight months and job availability rose to a new six-year high, according to the poll, showing that firm consumer spending and an improving labor market are contributing to Japan’s escape from deflation.

Gains in industrial production are expected to slow slightly as companies adjust inventories of goods, but growth is likely to accelerate again soon as domestic demand is healthy and a recovery in overseas economies fuels export demand.

“Consumer spending continues to hold firm, so upward pressure on prices is spreading from energy to other goods,” said economists at Shinkin Central Bank.

“Some people are spending before an increase in the sales tax, but cold weather is also helping sales of winter clothes.”

Japan’s core consumer prices rose 1.1 percent in November from a year earlier, according to the median from a Reuters poll of 28 economists. That would mark the fastest growth since prices rose 1.9 percent year-on-year in October 2008.

Wage earners’ household spending is forecast to rise 1.7 percent in November from a year
ago, which would be the largest gain since March.

Consumer spending has been regaining some momentum as labor demand improves.
Some people are also spending more now before an increase in the sales tax in April,to 8
percent from 5 percent, makes goods more expensive. Bank of Japan Governor Haruhiko
Kuroda has said he does not expect the sales tax increase to be an obstacle to reaching
the central bank’s 2 percent inflation target in about two years’ time.

Kuroda has expressed concern about slow growth in workers’ base pay, but he also says
he is optimistic as the job market grows tighter due to strong domestic demand.
The jobs-to-applicants ratio is expected to improve yet again to 0.99 in November, meaning
almost one job is available for each job seeker.

This would be the strongest demand for workers since the ratio was 1.01 in October 2007,
as demand for real estate and other services has lead to labor shortages at some
non-manufacturers.

The jobless rate is expected to edge lower to 3.9 percent in November from 4.0 percent in
October, according to the poll. Household spending and labor market data will be released
at the same time as the consumer price index. Data due out right after the CPI number is
also expected to show industrial output in November rose 0.4 percent from the previous
month. This would be a slowdown from 1.0 percent growth in October, but economists remain
optimistic as there is a lot of evidence that Japan’s domestic demand and exports are firm.

Overall, the data is forecast to show that Japan’s economy is steadily gaining momentum as
consumers spend more, which should be a boon for Prime Minister Shinzo Abe’s push to end
15 years of economic malaise and deflation.