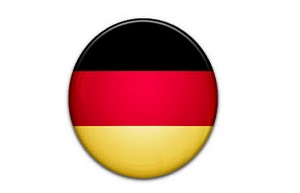 The German banking system and the German financial services industry are stable and well-developed. Frankfurt is the financial centre of Germany. It is the most important stock exchange of the country and the Eurex.

Based on its nominal gross domestic product (GDP), Germany is the third largest political economy and the second largest export nation. German GDP was EUR 2,700 billion in 2013.

In 2012, the service sector accounted for 73.5% of total employment compared with 2.1% in agriculture and 24.4% in industrial production.

FOREIGN TRADE AND BALANCE OF PAYMENTS

The main exported goods are manufactured products – machinery, automobiles and car parts, and chemical products. One in four jobs in German industry depends on exports.

German industry has increased its competitiveness considerably in recent years and has maintained and expanded its leading market position in the domestic, European and international markets.

THE FINANCIAL AND BANKING SYSTEM

The German banking system and the German financial services industry are stable and well-developed. Frankfurt is the financial centre of Germany. It is the seat of the ECB and the most important stock exchange of the country and the Eurex (the German futures and options exchange).

The German financial system consists of the following:

The aim of a financial system is to allocate deposits and transform money into loans, making it available for investments. This ensures a significant input to German economic growth.

A short-term visa (the so-called ‘Schengen’ visa) is sufficient for a stay up to 90 days. For several types of foreigner, a visa is not required for a stay up to three months within a six months period, provided they do not take up gainful employment requiring a work permit in Germany (for example, this applies to nationals of Australia, Canada, Israel, Japan, New Zealand, South Korea and the United States etc). However, such foreigners can only enter Germany if they have valid identity papers. On the planned date of departure from Germany, these papers should have at least three months validity.

For stays of more than three months or if a foreigner intends to take up employment, a national visa and/or a work permit is required. In principle, nationals from the EU and EEA member states and citizens of Switzerland do not require a work permit. However, for some new member states of the EU (countries which acceded to the EU on 1 May 2004 and 1 January 2007) other regulations are applicable during a transitional period. All foreigners from outside the EU and outside the EEA require a work permit in addition to a residence permit if they want to take up gainful employment. This work permit is required before entering Germany. Nationals of Australia, Canada, Israel, Japan, New Zealand, South Korea and the United States may apply for the permit after arrival in Germany.

Under German law, consulates and embassies issue visas of the Federal Republic of Germany. Visas are issued by the mission responsible for the country/area in which the applicant has his/her ordinary residence or domicile. For work permits, the authority in the place where the activity in Germany is to be commenced, has to grant its approval. The Federal Employment Office must also approve the issuance of the visa if the foreigner intends to take up gainful employment.

TEN REASONS FOR INVESTING IN GERMANY

Germany’s central location in Europe makes it a hub for goods and services. Germany has especially benefited from EU enlargement. As a result, it is the only country among the seven most important industrialised nations to increase its share of world trade since 1995.

Germany is an open market and warmly welcomes foreign investors. This is demonstrated by the 22,000 foreign enterprises that have established businesses in Germany and now employ more than 2.7 million people. The German market is open to entrepreneurial investment in practically all areas. There are no longer any state-controlled industries. Germany is receiving increasing attention from private equity firms and hedge funds due to its attractive companies and favourable investment conditions.

Around 7 million foreigners live in Germany. Several metropolitan regions have prominent foreign communities with their own schools, churches, shops and restaurants. For example, a large number of Japanese people live in the Düsseldorf region, many Koreans live in and around Frankfurt and many Chinese live in Hamburg. Approximately 70% of German blue- and white-collar workers speak English.

Germany offers an exceptionally well-qualified, motivated and conscientious workforce. The high standard of knowledge and skills among German employees is internationally recognised.

Germany has 277 international patents per one million inhabitants – more than anywhere else in the world. The close cooperation between industry and world-famous research institutions like the Max Planck and Fraunhofer Institutes swiftly transforms new ideas into products for the world market.

Germany has a closely knit network of roads, railways and international airports which guarantees swift connections.

Germany is a modern constitutional state with transparent and reasonable laws. These advantages are internationally recognised. Among all countries, Germany ranks fourth in terms of legal security.

The German economy is characterised by privately owned small and medium-sized firms, known as the Mittelstand. 85% of all businesses are small or medium-sized. This makes German industry flexible, multi-faceted and competitive. Many of these highly specialised firms are world market leaders in their field.

Products with the ‘Made in Germany’ seal stand for the highest quality worldwide. This has played a significant role in maintaining Germany’s position as a world export champion for many years. The automobile, mechanical engineering, electrical engineering and chemical sectors are particularly strong. Industries of the future such as environmentally friendly energy production and nanotechnology, in which the number of patent applications is doubling every two years, are steadily gaining in importance.

The following section gives a brief overview of the most common ways to open a subsidiary in Germany.

A general partnership may be formed by two or more persons or entities (German or foreign corporations, or partnerships of natural persons).

A GmbH & Co. KG is an example of a limited partnership with a sole general partner being a private limited liability company (Gesellschaft mit beschränkter Haftung, GmbH). The main characteristics of a GmbH & Co. KG are:

This form of incorporated company is commonly used by small entrepreneurs, self-employed persons and other short-term projects of larger enterprises or joint ventures (eg large construction projects). A civil law association is not registered.

The taxation of commercial activities in Germany depends on the particular form of business organisation.

The main aspect to be considered in this context is that unincorporated companies are not taxable entities for the purposes of income or corporate income tax. They are only subject to trade tax and any income of unincorporated companies is taxed at the level of the shareholders. In contrast, a corporation represents an independently taxable entity for all kind of taxes (transparent taxation).

For general information on taxation in Germany, please see: