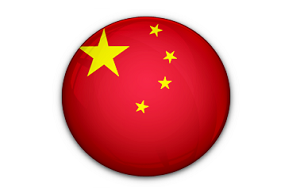 The People’s Republic of China (PRC) is situated in eastern Asia and is bounded by the Pacific to the east. It is the third largest country in the world and has a population of 1.37 billion, which means one out of every five individuals in the world is Chinese.

The Chinese economy has sustained high-speed growth since its opening-up and reform, and China has become the third largest trading nation and the fourth largest economic entity in the world.

The national economy kept stable and comparatively fast growth in 2015. The gross domestic product (GDP) of the year was 10,425.81 billion USD, up by 6.9 percent over   the previous year (according to statistics released by China’s National Bureau of Statistics in February 2016) the lowest rate since 1999.

China has pledged to transform its economic growth model to be less driven by exports and investment and more by domestic consumption and moving up the supply chain.

A slowdown is to be expected during the process. The slower economic growth is generally welcomed as it will ensure steadier growth of the Chinese economy in the future.

Government stimulus measures introduced since early 2012 have helped reverse the  slowdown and stabilise growth. In May 2012, the government shifted its top priority from taming inflation to stabilising growth. It has moderately eased its grip over lending, approved massive construction projects and stepped up tax reductions to buoy theeconomy. As a result, Chinese gross domestic product (GDP) reached CNY 67,670.8 billion in 2015, compared to 6.9% in 2014), ensuring China remained one of the major countries contributing to world economy growth.

In 2015, the world financial crisis entered its eighth year. The basis of the world economic recovery is still fragile with persistent downward pressure on domestic economies. In  such a complex international environment, China adheres to scientific development and accelerating the transformation of economic development, while maintaining stability and the strengthening and improving of macro-control to ensure firm growth and to stabilise the operation of the national economy.

China has set up various special zones to serve as ‘windows and bases’ in the fields of opening-up, capital attraction, export enlargement, hi-tech development and regionaleconomy promotion.

These zones have been highly successful and become attractive places for foreign investment and the main centres for export.

There are seven special economic zones (SEZs), 145 High-Tech Industrial Development zones and 43 bonded areas and 16 Border Economic Cooperation zones most of which are located in economic and technological development zones.

Beijing, the capital of China, is the centre of the nation’s politics, culture and international exchanges and a modern metropolis full of vitality. The beauty of the city has for hundreds of years attracted visitors to this ancient capital. Beijing has a fully integrated industrial  structure. High-tech and modern manufacturing industries have become the  leading forces of its industrial growth.

By 2015, the city of Beijing expanded and approved 1,068, an increase of 10.2%, foreignenterprises in six major investment areas, with 9.55 billion USD, an increase  62.5%, the actual utilization of foreign capital, which accounted for 73.5% of the city’s total foreign investment.

The Zhongguancun Science Park attracts domestic and foreign investors setting up hightech enterprises and research and development (R&D) centres, as well as  ‘incubator’ and intermediary institutions.

The Beijing Economic-Technological Development Area has created an industrial structure characterised by pharmaceutical, IT, optical, mechanical and electronic  integration and new-type materials industries. The Beijing Tianzhu Export Processing Area is home to many electronic communication, warehousing and free trade  activities, as well as aviation- related industries.

The Central Business District (CBD) functions mainly as a site for the headquarters of domestic and foreign-invested companies, financial institutions and intermediary institutions.

The Financial Street in the Xicheng District has become the most influential area of China’s financial sector, controlling 90% of the country’s credit funds.

Lying in the middle of China’s north-south coastline, on the western bank of the Pacific Ocean, Shanghai is a fabled city with glorious historical and cultural heritages. It is the largest city in China and is now becoming an international centre of economy, finance, trade and shipping. So far, 103 countries and regions have invested in Shanghai.

Located in the southernmost part of China’s mainland, Guangdong is adjacent to Hong Kong and Macao with the South China Sea lying to the south. Guangdong Province is one of fastest-growing economic development regions in China. It has the most advanced foreign economic cooperation and trade, the most  dynamic markets and it attracts the most investment.

It has made substantial progress with HK-mainland trade under the Closer Economic Partnership Arrangement (CEPA). As China’s leading province for foreign trade,  Guangdong has  made important contributions to the economy. According to statistics, in 2015 the city’s GDP 278.87 billion USD, an increase of 8.4% last year.

The possible legal business structures in China are:

Other structural forms are:

In practice, the above business entities are divided into two groups – Foreign Investment Enterprises (FIE) and Foreign Enterprises. An FIE is a People’s Republic of China  legal  entity or unincorporated joint venture in which one or more foreign investors owns an  interest of 25% or more. FIEs include Wholly Foreign-Owned Enterprises  (WFOE), Sino- Overseas  Equity Joint Ventures (EJV), cooperative/contractual joint ventures (CJV), and Foreign Invested Companies Limited by Shares (FICLS).

A foreign enterprise (FE) is a company or other business organisation formed under the law of a country other than China. For example, a Hong Kong company with a
representative office in China is an FE, as is a US company which has no People’s Republic of China (PRC) presence but derives PRC-sourced income from licences granted  to  Chinese licensees.

The procedures to establish an FIE are as follows:

1) Early-stage preparation (preliminary project proposal) – to select investment projects,investigate marketing, etc.
− For EJVs and CJVs, co-operative partners will also need to be selected and a nonbinding memorandum of understanding or letter of intent signed. Chinese partners will submit a project proposal to the relevant department along with a preliminary feasibility study report

2) Application for approval Certificate – all project proposals, feasibility study reports and articles of association have to be approved by state authorities or local authorities (e.g. the Foreign Economic Trade and Relation Commission, Ministry of Commerce) according to the project’s nature, industry and investment volume. Usually the  authorities should reply (issue an approval letter and a formal approval certificate) to foreign investors or local partners within 30–90 days of receiving all necessary  documentation

3) Obtaining a licence – an FIE must bring the articles of association, contract and approvaldocuments to the State Administration for Industry and Commerce, or local AIC, for business registration purposes and to obtain a business licence

Beginning in the early 1980s, China made extensive reforms to its tax system to accommodate and reflect its needs during the transition from a central planning economy to a market-based economy.

China uses its tax system to achieve multiple goals. In addition to generating revenue, the tax system helps to regulate economic activity by a set of preferences and  incentives on the types and location of business investments and activities, such as tax holidays for manufacturing companies with foreign investors and the encouragement of export trade by allowing refunds of value added tax (VAT) when goods are exported outside China.

The tax system will continue to evolve while China is on its path to becoming one of the world’s largest economies. Possible tax reform on the horizon may include equalising the treatment of domestic and foreign enterprises. Another reform may be changing the VAT system from a production-based to a consumption-based system.