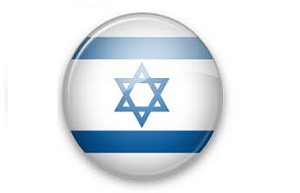 Overseas visitors in Israel do not normally need to apply in advance for a visa. An ordinary tourist visa (B-2), valid for 90 days, is completed on entry into the country. It may be extended for longer by application to the Interior Ministry.

For a foreign national to work in Israel, a permit must be obtained from the Ministry of Labour to enable the Interior Ministry to issue the necessary permit.

Most businesses, other than retail stores, operate a five-day week, closing on Fridays and Saturdays, with Sunday a normal working day. Usual business hours for commerce and industry are 8–9am to 4–5pm, Sunday to Thursday, and from 8am–1pm if open on Friday.

Banks are open daily from 8.30am until 12.30pm. Two to three times a week, banks reopen in the afternoons.

On Saturdays (the Jewish Sabbath), almost all businesses and offices are closed. Statutory holidays are in accordance with the Hebrew calendar. On the eve of the holidays, businesses usually cease doing business in the early afternoon.

A positive and open attitude prevails towards foreign investment in Israel.Government policy is aimed at providing investment incentives to industries which increase the country’s exports and create jobs. There are limited restrictions on sectors in which a foreign investor may invest, other than where there are defence considerations.

Prior approval for an investment is generally not required except for investment in regulated bodies such as banks and insurance companies.

Israel is also committed to the principles of free trade, shown by the large number of free trade agreements to which it is party.

Israeli business associations actively seek overseas partners for investing in Israeli companies. In the light of the relatively small domestic market in Israel, export opportunities and international business connections are very important to Israeli businesses. They are generally supportive of government policy regarding incentives and often view foreign investors as a further opportunity to expand business and improve standards, rather than as a competitive threat.

Many international corporations, such as Microsoft, IBM, Intel, Motorola and other companies have invested over the past several years in high-tech industry in Israel by either purchasing Israeli companies or by establishing their own subsidiaries in Israel.

Several Israeli high-tech start-up companies have drawn the attention of the world market and investors because of their remarkable worldwide success in both technical and financial arenas.

Venture capital fund managers support the company in which they invest by providing information, advice and ‘opening doors’ throughout the world to promote the business of the company.

Foreign investors who intend to conduct commercial activities in Israel may choose from a wide range of legal entities.

The choice will depend on business priorities. Legal entities comprise inter alia companies, partnerships, co-operatives, joint ventures and not-for-profit organisations. Individuals may conduct their business without forming any separate legal entity. There are very few restrictions on the foreign ownership of shares and securities of Israeli companies, or on foreign involvement in unincorporated enterprises, other than for specific professions such as law and accountancy where local qualifications are required.

The most common form of business entity in Israel is a limited company with capital stock (share capital). All companies are formed and regulated under the Companies Law and the Companies Ordinance.

While there are companies with unlimited liability or limited by guarantee, the most common form of business enterprise in Israel is a company with liability limited by shares.

There are two types of limited company which are described in greater detail in this section.

A private company is prohibited from offering its shares to the public and has restricted rights over the transfer of shares. Currently, a minimum of one and a maximum of 50 shareholders are required.

A private company must keep proper accounting records using a double-entry system. A balance sheet and income statement audited by an independent accountant must be submitted to shareholders once a year. Companies must also issue an annual financial statement, generally by 31 December, to coincide with the end of the tax year. While not required, certain private companies also present their financial statements in accordance with securities regulations which apply to public companies, including the adoption of International Financial Reporting Standards (IFRS).

As of 2008, listed companies are required to adopt the International Financial Reporting Standards (IFRS).

Foreign companies doing business in Israel must register with the Registrar of Companies and provide a Memorandum and Articles of Association, list of directors and other required information. All documents can be in Hebrew or English.

Foreign companies wishing to issue securities on the TASE must publish a prospectus and present financial reports. The financial reports should be published in both Hebrew and English and prepared in Israeli currency according to accounting principles generally accepted in Israel. Companies incorporated in the US are permitted to prepare their financial statements in US dollars, in accordance with accounting principles generally accepted in the US. In certain cases, companies already traded in foreign stock exchanges (like NASDAQ) can register in the TASE and are required to publish only the material the company publishes for the foreign stock exchange.

Capital structures may consist of more than one class of share. The most common form of share capital issued is ordinary shares and preference shares. Redeemable shares may also be issued if permitted under the articles of association. Other forms of capital include founder shares (management shares) and deferred shares (warrants).

As a general rule, the TASE encourages the issue of shares with equal voting rights and restricts the disparity between the par values of different voting shares. Only one class of share may be listed for trading on the parallel list of the TASE.

An Israeli company may distribute its retained-after-tax earnings by way of dividends. The dividends can be distributed from earnings but should not exceed the nominal retained earnings.

Each partner has joint and several liability. Each partner is permitted to act on behalf of the partnership and is held to be its agent, and each partner’s activities and actions are binding on the remaining partners. Each partner is separately assessed for tax on his or her related share of the profits. Foreigners can be partners unless precluded by laws relating to specific professions, where local qualifications are prerequisites to membership.

Foreign partnerships, general or limited, may operate in Israel on condition that they provide information to the Registrar of Partnerships, including details of the partners and of at least one Israeli resident who is willing to accept legal notices on their behalf.

Registration rules are the same as for Israeli partnerships.

OTHER FORMS OF BUSINESS ORGANISATIONS

Joint ventures are distinguished from partnerships by the separate liability attached to each participant’s own obligations. The legal documentation should be clear that joint and several liability cannot be implied.

Co-operative societies exist mainly in agriculture, marketing, retailing, bus transport and trucking. The Co-operative Societies Ordinance governs their activities and co-operatives must register with the Registrar of Co-operatives at the Ministry of Labour.

A special law enacted in 1980 governs not-for-profit organisations which permits activities to be conducted through an ‘association’. An association must have a management committee, a general meeting of members of the association and an audit committee.

Employer- employee relationships are governed by several mechanisms which are arranged in a specific order to create a form of pyramid, where each level cannot contradict the level above, only add to it.

The dominant labour organisation in Israel is the Histadrut, the general federation of labour. The labour courts have recognised the right to establish other labour organisations, but though this possibility exists, Histadrut is the only countrywide union at present.

The working week is 43 hours according to the Working and Resting Hours law.

The retirement age is 67 for men and 64 for women.

Minimum annual paid vacations range from ten working days after one year of employment to a maximum of 24 days dependent on the number of years of employment.

This is in addition to the nine statutory national and religious holidays.

This law rules that employees must receive equal pay for the same work at the same placeof employment, as well as equal treatment on termination of employment. It also forbids sexual discrimination in advertising and filling job vacancies, except where dictated by the nature of the work. In 1998, the Sexual Harassment in a Workplace law was enacted.

Work permits are required before foreign personnel can be employed. Employers, giving details of the prospective employees and explaining why foreign citizens are required, must make applications to the Ministry of Labour in writing. Work permits are normally issued for up to one year but can be extended.

The correct procedure is to obtain a work permit prior to arrival but foreigners may enter Israel on a regular visitor’s visa and apply to the Minister of Labour later. With a recommendation from the Minster of Labour, the foreign worker then applies to the Ministry of Interior and will need to prove that he/she has adequate health insurance coverage. The Ministry of Interior will then issue a visitor’s permit of work (B-1) and a multiple-entry permit for a period of up to one year with the possibility of extension.

Companies are liable for company tax and capital gains tax on their Israeli source income and on other income received in Israel, whether or not they are resident in Israel, unless provisions of a double taxation treaty state otherwise.

Resident companies are also liable for capital gains tax on their worldwide gains and, where control and management are exercised from Israel, company tax on foreign business income.

An Israeli resident company is defined as follows:

A company controlled and managed in Israel.

The taxable income of Israeli companies is subject to a company tax of 25% for the year 2016.