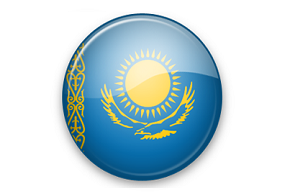 The monetary unit of the country is the tenge (KZT).

As of April 1, 2015 the number of registered legal entities in North-Kazakhstan region has amounted to 9377 units, the Department of Statistics of the region informed.

The most intensive processes of creating legal entities in the sectors: wholesale and retail trade, repair of motor vehicles and motorcycles; agriculture, forestry and fisheries construction industry.

The country’s main imports are:

Private business in the Republic of Kazakhstan is carried out through various kinds of commercial organisations. All businesses should be registered with the territorial authorities of the Ministry of Justice and receive the corresponding certificates on state registration.

2) Data submitted for state registration of commercial organizations, including the company name, joins with the uniform state register of legal entities

6) The legal entity is subject to a re-registration in cases where there has been:

− a) A reduction of the authorised capital size