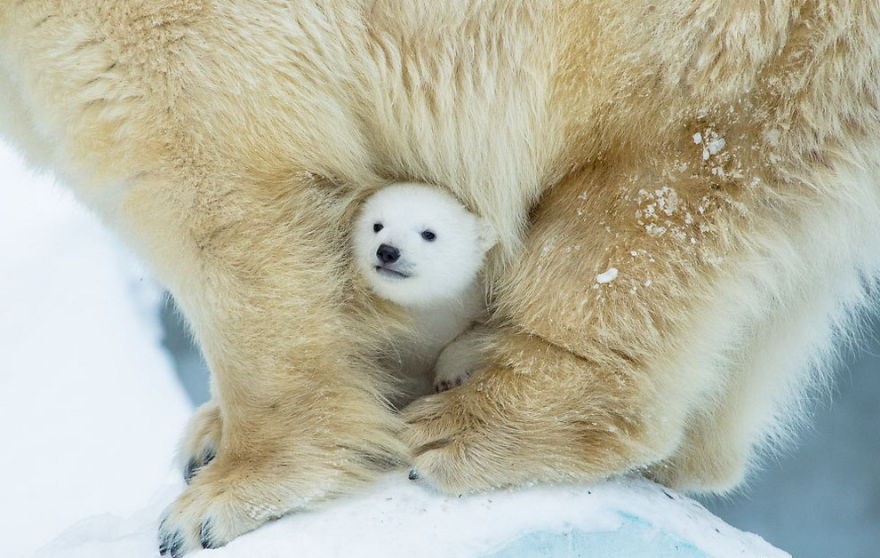 Polar bears depend on the high-fat content in seal fat. The bears prey on both ringed and bearded seals across their range, but will take other prey when available.

A polar bear can eat 100 pounds of blubber in a single sitting.

When an adult bear is in good shape, polar bears often eat only the blubber in order to build up the fat reserves they need to sustain themselves between meals. They leave the carcass for scavengers such as arctic foxes, ravens, and other bears.