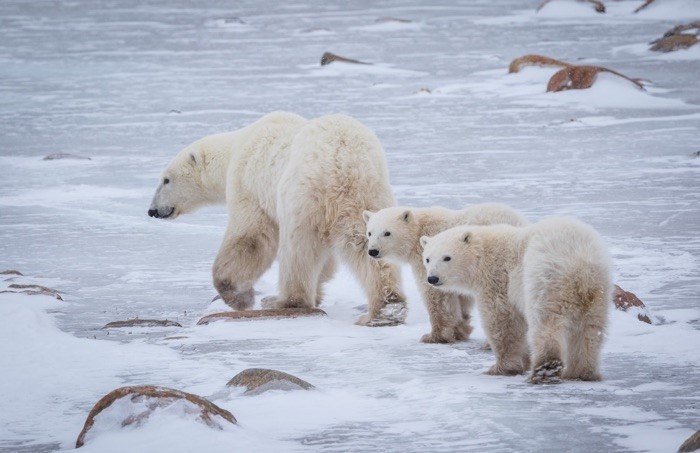 Defenders of Wildlife is fighting for polar bears by advocating for protection of vital habitat. We are advocating against proposed oil and gas development on the Arctic Refuge coastal plain, which is incompatible with conserving and recovering this listed species.

We are speaking up publicly and submitting detailed scientific comments about the plight of polar bears and other imperiled Arctic wildlife. We have exposed the significant impacts that even exploring for oil would have on bears, let alone permanently industrializing their critical habitat. And we are working on the ground with the communities that live with polar bears to protect both people and bears by reducing human-bear conflicts.

Around the country, we are fighting climate change by promoting wildlife-friendly renewable energy development and encouraging a reduction of carbon emissions. In response to warming, scientists at the U.S. Geological Survey, Alaska Native Science and Engineering Program students, along with Defenders of Wildlife and many others, are engaged in studies to better understand correlations between polar bears’ stress levels and the loss of sea ice.