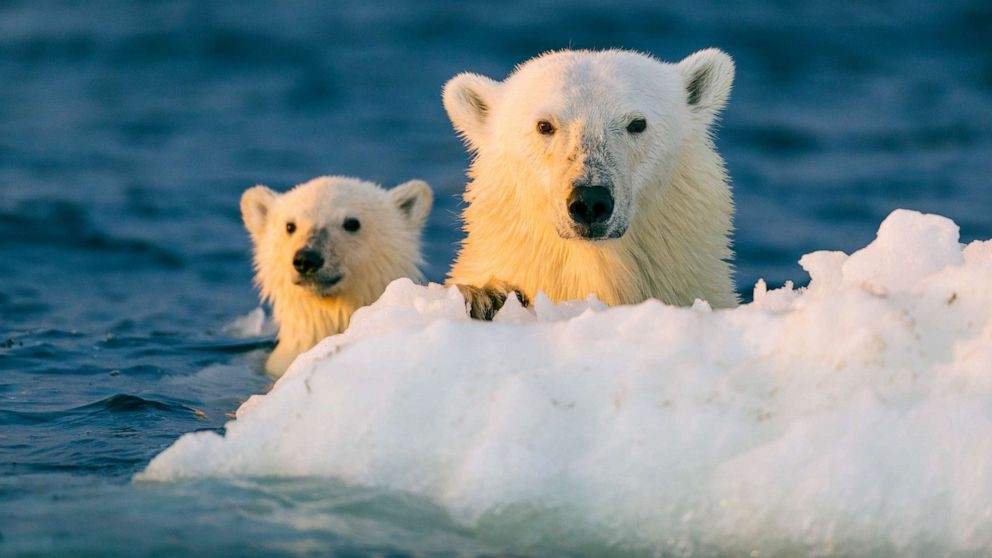 As climate change forces polar bears to spend longer time onshore, they come in contact more often with Arctic coastal communities and others working in the Arctic. Unfortunately, these interactions sometimes end badly for both humans and bears.

At the same time, the retreating ice is resulting in more polar bears spending longer periods on land.

Offshore petroleum installations and operations in the Arctic are expected to increase in number. This expansion would likely affect polar bears and their habitat in many ways, including the following:

An oil spill would affect the entire food chain.

Oil spilled in one part of the Arctic will not remain there and will have far-ranging and devastating effects.

Increased Arctic shipping represents a risk to polar bears. As traffic by barges, oil tankers and cargo ships in Arctic waters increases, so do the risk of oil spills and human disturbance to polar bears.

Many Arctic areas have strong polar bear management and monitoring. But there are a few places where unsustainable hunting appears to be happening, including unreported and illegal hunting.