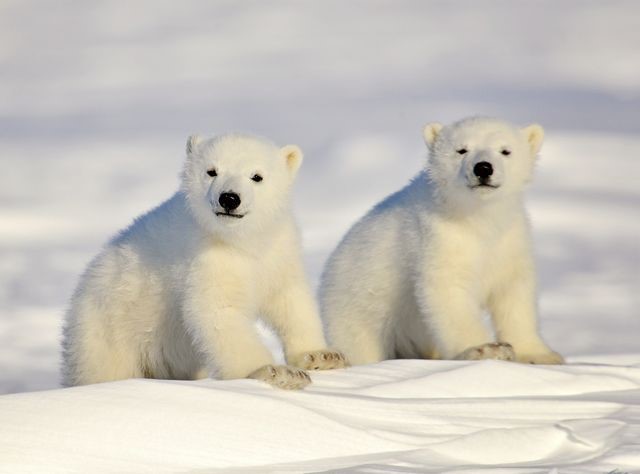 Baby polar bears are known as cubs. In the wild, they are born in the shelter of their mother’s den.

Isn’t he so cute and fluffy? Polar bear babies start out tiny, but they grow up to be huge, some of the largest bears on our planet!

Baby polar bears are known as cubs. In the wild, they are born in the shelter of their mother’s den. Polar bear cubs are born sometime between the months of November and January, that’s the coldest part of the winter! It is not until late March or April that both the mother and the cubs will emerge from their den.

Polar bear cubs usually weigh approximately around 16 to 24 ounces and measure 12 inches long. It is interesting to note that males are slightly larger than the female cubs when they are born. Although these cuties are expected to grow huge when they turn adult – they could reach as tall as nine feet – they actually are small and helpless when they are born. Baby polar bears look hairless at birth since their fur is very fine.

Polar bear cubs are kept warm and protected from predators inside their dens. They spend most of their childhood life inside the den with their mother, and are nursed for three to four months. Before they are introduced to solid foods, they are fed by their mother’s milk that serves as the main source of their nutrition.