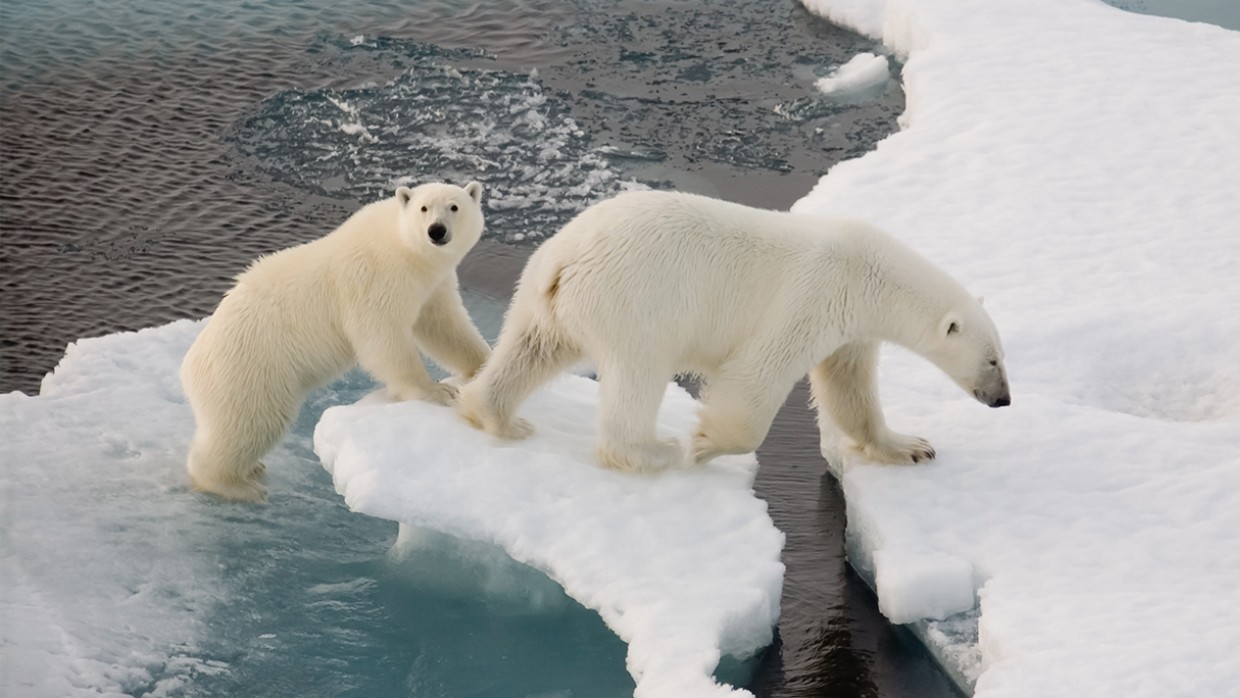 You might picture sea ice as a vast, chunky expanse of white. That’s the view from above. But seen from below, sea ice is coated with a greenish-brown mat made up of many algae species.

If you’re now picturing massive jaws chowing down on a crunchy icy meal covered in green slime, no, that’s not it. Polar bears do not eat sea ice directly. Instead, researchers found that the majority of polar bears’ diet is made up of critters that ultimately depend on sea-ice algae as a food source. Their study examined polar bears from Baffin Bay, western Hudson Bay, and southern Hudson Bay.

Polar bears eat a lot of seals, and in some places, beluga whales too. Both seals and whales eat fish and other creatures that get their energy from tiny creatures called zooplankton, which in turn eat the algae on sea ice. One of the polar bear’s favorite meals, the ringed seal, eats a variety of fish and shrimp that munch on algae-eating plankton. (See what happens when polar bear finds a camera.)

Individually, these algae are “smaller than a hair’s width,” says Thomas Brown, a marine ecologist at the Scottish Association for Marine Science. But collectively, tiny sea ice algae have a massive impact on polar ecosystems.

After each long dark Arctic winter, spring light stimulates algal growth. That provides a bonanza for tiny creatures called copepods, amphipods, and zooplankton that feed on sea-ice undersides. In summer as ice melts, the algae sink. Fish that scour the sediments, and seals that eat those fish, create the links that clamber up the food chain to polar bears.