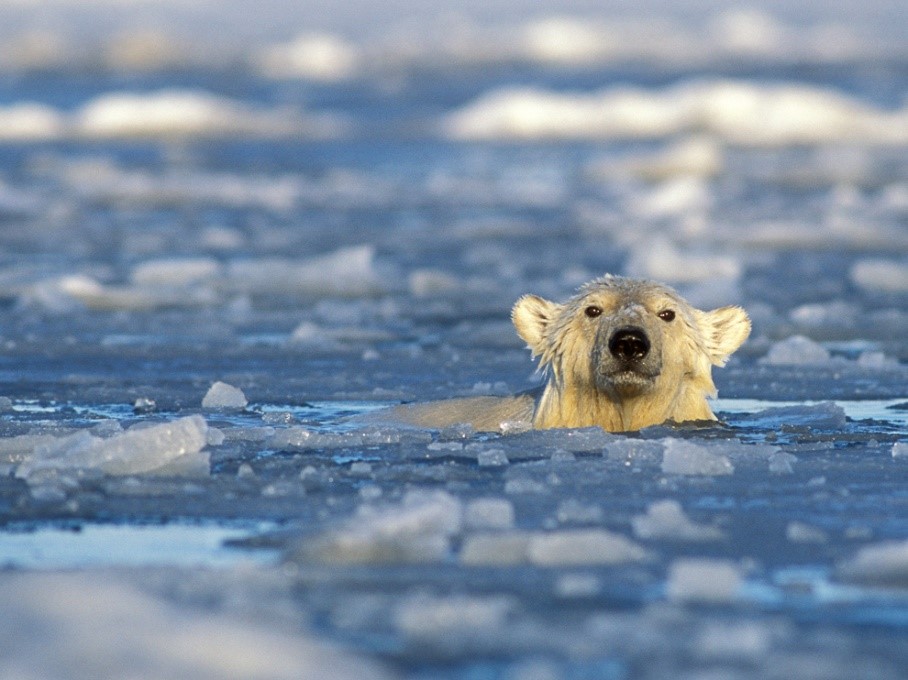 Polar bears heavily rely on their great sense of smell to hunt their prey, according to a 2017 study published in Scientific Reports. It’s estimated that they can smell a seal on the ice from up to 20 miles away.

Polar bears are the only type of bears classified as marine mammals because much of their life depends on the ocean, especially when it comes to food and habitat. Their scientific name is Ursus maritimus, which literally means “sea bear.” Other animals classified as marine mammals include whales, seals, dolphins, sea lions, walruses, and sea otters.

It’s true—polar bears are super swimmers. While most humans can barely last an hour in the water, polar bears can swim for days at a time. The Environmental News Network reports that polar bears regularly swim distances of 30 miles at a time. What’s the longest polar bear swim of all time? According to National Geographic, one female polar bear swam for a “record-breaking nine days straight,” traveling a distance of 426 miles.